Almost a year ago, I wrote about how important technology is to sport these days, not just for the game itself but also for fan enjoyment and interaction. One area of technology that I brought up was fantasy leagues.

Now as a big sports fan, I love to get involved in fantasy leagues! They’re a great chance to test – and improve – your knowledge of a league, and also a great opportunity to have banter and discussions with your friends and other people within your league. I know I’ve spent entire lunch breaks discussing the right fantasy lineup on a regular basis!

For those who have never done a fantasy league before, there are a number of different sites out there with slightly different rules, but the general idea is this: Friends join a league with each other and pick their individual teams using the players in the league. Each site will give a fantasy manager a starting budget and each real-life player has a cost, which will change over the season with fluctuations in form and the percentage of managers selecting them. Each gameweek, the selected players will earn points dependant on their real-life performance (points scored for goals, points lost for cards etc). Some leagues will put you 1v1 against someone else in your league with points for a victory similar to the actual league, whereas others will create a league table using each manager’s cumulative gameweek points.

For years now, I have been using the Premier League’s official fantasy football site and this year have decided to create a league for all of us to enjoy. This is purely for fun (and I’m not just saying this because I expect to be towards the bottom of the table) and everyone is welcome!So feel free to join and invite your friends too!

Obviously, I am horribly unorganised and have left this to the vary last minute, so sorry about that! The league opener is tomorrow evening so to be involved from the start you will need to hurry, but you can join at any point, I doubt it will take you long to pass me! I’ll even give you a look at my squad (at time of writing) to give you some starting ideas. 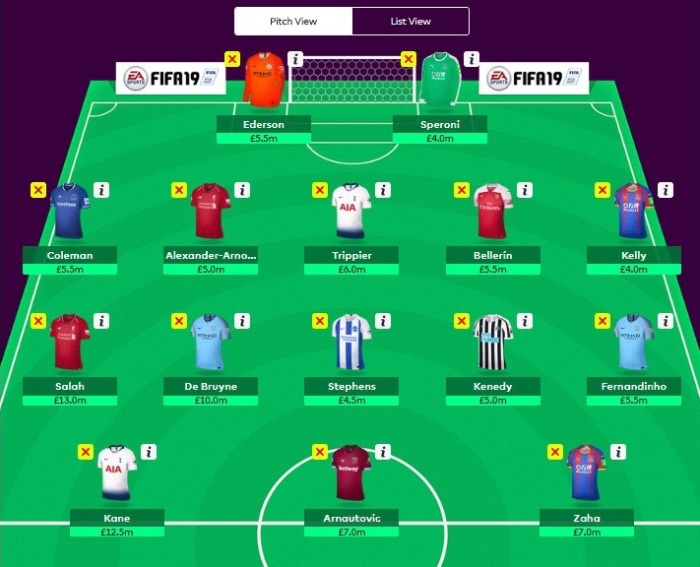 Tim Etheridge Big fan of sports, Star Wars and the Schmoedown. Follow Eyes on the Ball for sports and Schmoedown thoughts and The Canon Padawan for Star Wars talk
Published August 9, 2018August 9, 2018