New Zealand and Argentina got underway in 2019’s shorter-format Rugby Championship on Saturday in Buenos Aires. The Pumas chose to stick largely to the Jaguares players that just went all the way to a Super Rugby final, while the New Zealand squad was a blend of experience and experimental.

A try from Ngani Laumape and a Brodie Retallick interception just before halftime helped to give the All Blacks a 9-20 lead at the break. After the break, the Pumas held them scoreless, but could not fully make up the deficit, with Emiliano Boffelli’s try bringing the final score to 16-20. 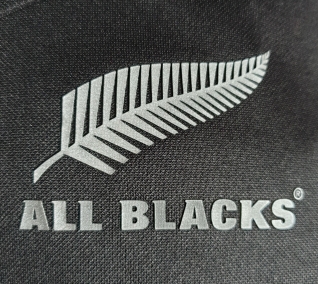 This was an odd match for the Pumas. Both as the Jaguares and the national team, they have shown over recent seasons that they are at their best when they are playing an open game and getting their outside backs into the game. While they looked dangerous when given the chance, their impact was limited in the first hour as Tomás Cubelli and Nicolás Sánchez played a territory-heavy game. While this kicking game did cause the All Blacks some problems – Ben Smith and Jordie Barrett surprisingly struggled under the high ball – and led to Boffelli’s try, it certainly felt like Argentina hared their chances by not keeping hold of the ball more.

When they started playing their usual game more in the second half, they started creating chances and came very close to getting the winner, only for a foot in touch to see the have a late try disallowed. With a 59% tackle completion percentage in this game, it could be suggested that playing a more possession-heavy game would have actually benefited them and quite possibly seen them come away with victory.

Ever since Richie McCaw’s retirement, the battle for the number 7 shirt has been a close one between Sam Cane and Ardie Savea. This match saw the battle temporarily put on hold though, as Cane was given the 7 shirt and Ardie Savea settled in at 8. Obviously, captain Kieran Read will still be the starter at the position until after the World Cup, but such was Savea’s performance, it could have seen him earn a starting spot in the 6 shirt. While he will cause issues at the breakdown, he comes into his own as a ball carrier and he did a good job of helping put the All Blacks on the front foot in the first half.

Vaea Fifita struggled to have an impact on the match in a 6 shirt that nobody has managed to claim as their own since Jerome Kaino left New Zealand. This close to the World Cup and with Matt Todd emerging as another potential option at 7, a switch across the scrum for Savea could allow the All Blacks to get their best players on the pitch at the same time.

Arguably the biggest winner from this game was Ngani Laumape, who was a star of this season’s Super Rugby and carried that form into this match with 72 metres (the most of anyone on the pitch) and a try. Sevu Reece didn’t get many chances to have the ball in space but looked good when he did and was also willing to go looking for the ball. For Argentina, Matías Moroni has been cementing his position on the right wing in the absence of Bautista Delguy and has surely guaranteed himself a spot on the plane.

While Laumape had a strong game, Anton Lienert-Brown was very quiet and once again seemed to suggest that he is better coming off the bench in a Test match compared to starting. Likewise, Vaea Fifita struggled to impact the game in attack while also giving away a couple of silly penalties, which will not help him in his battle for the 6 shirt. For the Pumas, nobody really played themselves out of contention, but getting only 10 minutes at the end will not have helped Felipe Ezcurra work his way up the pecking order in a deep scrum half depth chart.

As we get close to RWC2019, I will be running a fantasy rugby league on the rugby magazine website, and you are all invited to join! Simply follow this link and use the Unique Token: b6c1e40d48e6

Tim Etheridge Big fan of sports, Star Wars and the Schmoedown. Follow Eyes on the Ball for sports and Schmoedown thoughts and The Canon Padawan for Star Wars talk
Published July 22, 2019July 21, 2019