This season’s shorter Rugby Championship came to an end in Salta as Argentina hosted South Africa. Last week’s draw in New Zealand, combined with the All Blacks’ loss to Australia earlier in the day, left South Africa knowing that victory would see them win the tournament for the first time since the 2009 Tri Nations. Things didn’t start well for them, as Santiago Cordero dotted down within 2 minutes, but the Springboks turned things round to lead 13-22 at the break before holding the Pumas scoreless on the way to a 13-46 victory and the Rugby Championship crown. 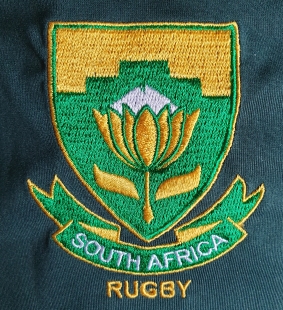 On 6ᵗʰ July, the Jaguares were playing in the Super Rugby final. Just over a month later, the vast majority of those players are looking back at a Rugby Championship campaign that has finished winless. In Super Rugby they looked so dangerous but in recent weeks, they have struggled to get much going on a regular basis. I think that this comes down to one main thing: fatigue. Due to Argentina’s policy of only selecting home-based players when possible, that has limited the national team to picking the majority of their players from just 1 top flight team. This means that the majority of these players are coming off the back of a long Super Rugby season where they are having to regularly travel vast distances to Australia, New Zealand and South Africa, while their replacements are in the exact same situation. Sadly, with the World Cup just around the corner, I think that the Pumas will need to keep picking strong squads in their warm-up matches to try building some momentum, which will lead to all of their top players going into the pool stages tired and likely to under-perform.

How can this be changed? Like Italy in the Pro 14, Argentina needs a second franchise in a top tier league. That way they can double the player base they can pick from, which will allow them to pick fresher players and increase the competition in the squad. The issues here? Well first of all, Super Rugby does not look to be in any position to take on a new franchise given they are in the process of cutting the Sunwolves, the Pro 14 may accommodate them but the travel would be ridiculous and the MLR is not anywhere near the level of the top-tier leagues at the moment, so an MLR franchise would more likely be a feeder for the Jaguares. If we imagine for a moment that Super Rugby did add a second Argentine franchise, we would then need to expect a decline in Argentina’s success in Super Rugby for a few seasons as a number of Jaguares players would likely move to the second franchise for more regular starts, so both teams would need to build up their depth.

It doesn’t look like there’s any easy fix, but as things stand it may be that the Pumas have reached their peak.

Last week I discussed how South Africa put in a solid but unspectacular performance to tie against New Zealand. While they had some moments to break out in this game, it was much more of the same from the Springboks, and I think they are better for it. The centre pairing of Damian de Allende and Lukhanyo Am is shutting down some of the best attacking teams in World Rugby, the pack is looking dominant despite missing captain Siya Kolisi, and in Handré Pollard they have the perfect 10 for this style of play.

Pollard is a physical player who can hold his own in defence and attack, but more than that he is a player who will do the right thing on the ball. With players like Faf de Klerk in the team, he does not have the full weight of controlling the game on his shoulders and he is revelling in the chance to show his quality. Though he has his off days with the boot, he has a good range and finished this game with a haul of 31 points (2 tries, 3 conversions, 5 penalties). Jantjies gives a good option off the bench (with Pollard able to move to 12 if they want another playmaker) but Rassie Erasmus has to stick with the hot hand right now, and that is Handré Pollard.

Despite playing outside Argentina, Santiago Cordero has been given the start in the last 2 matches and his try will have really helped him earn a seat on the plane to Japan. I recently suggested that Marcos Kremer could make the squad as cover at lock, and being given the start in the second row this weekend suggested that Ledesma is looking to do so. For the Springboks, Makazole Mapimpi will have appreciated the extra freedom to attack in this match and finished with a try, while Trevor Nyakane put in a strong performance in the scrums and completed all 15 of his tackles in defence.

With Bongi Mbonambi putting in a strong performance, Schalk Brits will likely be left hoping Rassie Erasmus chooses to take 3 hookers to Japan. As arguably one of the best 9s in the world, Faf de Klerk‘s poor performance won’t have cost him a place in the squad, but it may have put him under pressure from the in-form Herschel Jantjies. Given the strength in depth for the Pumas in the back 3, Ramiro Moyano will be hoping a quiet tournament doesn’t see him get overlooked if Bautista Delguy is fit, while Joaquín Díaz Bonilla may be a little nervous that Benjamín Urdapilleta was preferred for this game and managed to get some counterattacks going.

As we get close to RWC2019, I will be running a fantasy rugby league on the rugby magazine website, and you are all invited to join! Simply follow this link and use the Unique Token: b6c1e40d48e6

Tim Etheridge Big fan of sports, Star Wars and the Schmoedown. Follow Eyes on the Ball for sports and Schmoedown thoughts and The Canon Padawan for Star Wars talk
Published August 11, 2019