With the Rugby Championship kicking off in just 2 weeks, New Zealand hosted Australia at Eden Park for the second of four Bledisloe Cup matches in 2020. With last week’s draw meaning that 2 victories will be enough to win the series, both teams were up for a physical encounter in much more favourable conditions for running rugby.

After an open start, Richie Mo’unga opened the scoring from the tee. Some impressive counterattacking from Mo’unga and Dane Coles gave Beauden Barrett a platform to put a grubber in behind and pressure from Jordie Barrett caused Marika Koroibete to carry it over his own line for a 5m scrum to New Zealand. Jack Goodhue took the ball on a crash course to the try line on the first phase and Aaron Smith slipped under the challenge of Ned Hanigan to score the try, Mo’unga kicking the conversion. Australia looked to hit back and when Ned Hanigan slipped through Joe Moody’s attempted tackle to break deep into the All Blacks 22, a pass out to Taniela Tupou drew in the wide defenders and quick ball saw the overlap exploited for Koroibete to cross in the corner, James O’Connor making it 10-7 at the break with the conversion.

New Zealand were out of the blocks quicker after the break and extended their lead in just over 2 minutes, after Caleb Clarke broke into the 22 and a series of phases gave Mo’unga and Jack Goodhue the platform to send Jordie Barrett over in the corner, Mo’unga missing the touchline conversion. A loose kick from O’Connor and questionable chase from his teammates saw Clarke rampage through the defence, eventually being stopped in the 22, but the effort had left a massive overlap to the left and Ardie Savea rode Filipo Daugunu’s tackle to score. Australia needed to hit back and it looked like they had as Koroibete ran through Mo’unga to cross in the corner, only for the fly half to hang on and roll with the contact to hold the ball up. The chance wasn’t gone for the Wallabies, though, as they had a penalty advantage and chose to go for the 5m catch and drive lineout. Brandon Paenga-Amosa managed to dot the ball down over the line, but a referral to the TMO saw the try disallowed for a double movement, and the All Blacks were able to clear their lines from the resultant penalty. This was a big hit to the Wallabies, and momentum completely shifted away from them just minutes later as Mo’unga put Patrick Tuipulotu through a gap. The lock offloaded to Sam Cane and the captain cut inside the covering defender to score under the posts, with Mo’unga converting to make a 27-7 scoreline that would last to the final whistle. 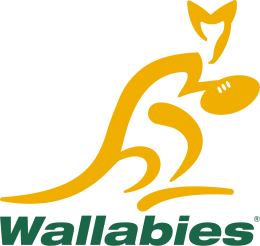 From Blue to Black

Caleb Clarke may have only been making his first start after coming on for his debut last week, but his performance rightly deserved the standing ovation he received from the crowd when he was replaced and it’s easy to imagine that the former 7s star may have already secured the 11 jersey.

For those who hadn’t seen him playing for the Blues during Super Rugby Aotearoa, the son of Eroni Clarke (All Black #919, 24 caps) showed in his late cameo last week that he was a strong carrier on the wing. This week, with conditions much more favourable to running rugby, the 21-year old ran rampant, finishing with vastly more metres than anyone else on the pitch and leaving defenders in his wake. Not only is he incredibly strong and difficult to put down, but he is an elusive runner and you need to ensure as a defender that you go low and hang on for dear life to make sure that he can’t right himself mid-fall and carry on, as he did a few times in this match.

He will certainly have harder tests defensively as Filipo Daugunu had a quiet game, but such is his game-changing talent, it is hard to imagine him being left out of the side if fit. It looks like All Black #1187 is certainly one to keep an eye on.

The Wallabies’ new lock pairing of Lukhan Salakaia-Loto and Matt Philip has really impressed me over these last 2 matches. While they were less of a feature in the loose this week, Philip especially stood out for me at the lineout.

Neither Codie Taylor nor Dane Coles had the best of times throwing at the lineouts during Super Rugby Aotearoa and with Tuipulotu and Tupou Vaa’i at lock, they had unfamiliar targets to throw at. Already this is going to make the lineouts more tricky than usual, but Philip did a great job of not just trying to get up and compete against the All Blacks, but also disrupt them before the throw by making as much noise as he can in order to put off the All Blacks and potentially make them mishear the call.

I was surprised last week to see Rob Simmons only on the bench, but right now I agree with Dave Rennie’s decision and think that Salakaia-Loto and Philip are the top pairing the Wallabies can field.

With the Rugby Championship (and the third Bledisloe Cup match) just 2 weeks away, both teams saw a couple of influential players go down injured in this game.

Matt To’omua went off just before half time after struggling for a few minutes with an injury that appeared to come about as he kicked a clearance – possibly a groin/hip flexor. The Rebels playmaker is a key part of this Wallabies backline, controlling the game along with James O’Connor while also leading the Wallabies defensive effort. It was no surprise to see the All Blacks piling on most of their points after he had been replaced.

Meanwhile for the All Blacks, Sam Whitelock was missing from this match due to concussion and there were 2 more head injuries for them in this game, with Joe Moody being knocked out after getting his head on the wrong place trying to tackle Ned Hanigan in the build-up to Koroibete’s try, while debutant Peter Umaga-Jensen failed a late Head Injury Assessment. You would hope that 2 weeks would be sufficient for all 3 to make a recovery, but head injuries are tricky things to judge and you need to be extra careful with them. What makes the potential loss of Umaga-Jensen (himself a replacement in the squad for the injured Braydon Ennor) more of a worry is that last weekend’s 13 Reiko Ioane missed this match through injury. That leaves very few options behind Anton Lienert-Brown and Jack Goodhue, though I would not be against seeing Jordie Barrett cover the centre position – he is wasted on the wing – to create space on the right wing for Will Jordan, who would himself be getting a chance due to a season-ending injury for George Bridge.

Both teams will certainly be hoping that they can get as many of their squad back to full fitness as possible ahead of the next Bledisloe Cup match, as victory for the All Blacks would secure the title for 2020.

Tim Etheridge Big fan of sports, Star Wars and the Schmoedown. Follow Eyes on the Ball for sports and Schmoedown thoughts and The Canon Padawan for Star Wars talk
Published October 18, 2020