As we entered the third week of the Tri Nations edition of the Rugby Championship, Argentina entered the fray in Sydney, facing off against New Zealand.

The All Blacks were putting out what they considered their strongest possible team following last week’s loss to Australia, but after a confrontational opening 15, they found themselves level at 3-3 courtesy of penalties from Richie Mo’unga and Nicolás Sánchez. As the half progressed though, it was the Pumas who found the breakthrough, and when New Zealand failed to cover Sánchez’s chip into their 22, the fly half eventually recovered the ball and crossed under the posts for the opening try, which he converted before adding another penalty to extend the lead. The South Americans’ defence continued to frustrate the All Blacks, and when Tomás Cubelli slipped away at a ruck and fed Juan Imhoff, it took a fantastic last ditch tackle from Aaron Smith to halt the winger and as the phases progressed, Richie Mo’unga managed to hold up the ball as Pablo Matera crossed the try line. The Pumas won a penalty from the resulting scrum however, and Sánchez kicked it through the posts for a 3-16 lead at the break – their highest halftime differential against New Zealand.

The second half began much like the first, with the Argentinian defence holding strong and Sánchez punishing any New Zealand indiscipline with 3 points. However, a strong driving maul from the All Black won them a penalty which they kicked to the corner, and a quick ball to the front caught the Pumas out and allowed Sam Cane to be driven over for a try, converted by Mo’unga. Any hopes of a kiwi comeback were diminished, though, as Sánchez added another penalty while the Pumas defence continued to hold firm, and when Sánchez kicked a 6ᵗʰ penalty with just minutes left, a historic win was confirmed. There was still time for one last hurrah from New Zealand, which earned Caleb Clarke his first Test try, but it was just a consolation and as the Argentine contingent in the crowd made themselves heard, the Pumas were able to celebrate a 15-25 victory – their first ever win over New Zealand. 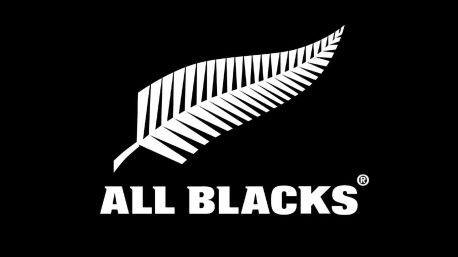 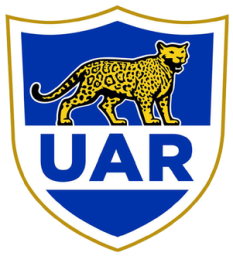 So many times we have seen the Pumas come out looking to take teams on offensively and falling to a gallant defeat. This was a very different performance however. While their attacking play was limited, their defence was incredible.

Led by flankers Pablo Matera and Marcos Kremer, and with debutant Santiago Chocobares at 12, the defence was near-perfect, with barely a tackle missed all game and a strong team effort meaning that though the All Blacks may make metres and occasionally get through the first line, they very rarely looked a threat.

And everywhere else on the pitch, they just did the basics right, playing a good territorial game and being reliable at their own set piece while causing issues for New Zealand on opposition ball. And more than anything, they showed desire, fighting for everything and standing up for their teammates – epitomised by captain Matera from first minute to last.

You could see how much this meant to the Pumas at the end, and by simply doing the basics, they were fully deserving of the win.

Change or be changed?

While doing the basics right was key to this win for the Pumas, for so long that was just a prerequisite to having a chance to beat the All Blacks. This team looks a shadow of their former selves under Ian Foster and with his opening 5 games now resulting in just 2 wins, a draw and 2 losses, things don’t look good. This is the first time the All Blacks have lost consecutive games since 2011, and considering they have come against an inexperienced, rebuilding Australia and an Argentina team whose players have barely played since the outbreak of COVID-19, you can’t help think that their final match in the tournament against Argentina could decide if Foster keeps his job.

And for that reason, Foster needs to throw caution to the wind and pick on form rather than the tried and tested he has gone for in his so-called “strongest XI” of late. Hoskins Sotutu needs to be given the start and fellow Blues back rowers Dalton Papali’i and Akira Ioane should be joining him and Sam Cane in the 23. Beauden Barrett needs dropping  from the XV so that Jordie Barrett can play 15 and Mo’unga needs to be allowed to play his natural game like we see at the Crusaders. Ngani Laumape needs to be given the 12 shirt as he is a game-changing talent, while Reiko Ioane at 13 will create a match-up nightmare, while Caleb Clarke and Jordie Barrett should be joined in the back 3 by Will Jordan, who was one of the form players in Super Rugby Aotearoa.

Will this be enough to save Ian Foster’s job? Only time will tell.

Tim Etheridge Big fan of sports, Star Wars and the Schmoedown. Follow Eyes on the Ball for sports and Schmoedown thoughts and The Canon Padawan for Star Wars talk
Published November 14, 2020