The 2020 Tri Nations edition of the Rugby Championship continued this weekend with Argentina taking on Australia in Newcastle. Both the Wallabies and the Pumas were coming into the match off the back of wins over New Zealand (how often can you say that?!) and it soon became clear that this would be a tight affair.

Fly halves Nicolás Sánchez and Reece Hodge traded penalties early on, before the Wallabies thought they had scored a try as Jordan Petaia dotted down a Hunter Paisami grubber, only for replays to show his toe had touched the dead ball line as he tried to score. The fly halves again traded penalties, and then right at the end of the half Marika Koroibete crossed for a try, which was again disallowed on review as the final pass from Tom Banks went forward. However, they had the penalty advantage and Reece Hodge kicked the 3 points to give them a 6-9 halftime lead.

Argentina’s ill-discipline at the end of the first half had left them on a warning and it soon proved costly as Julián Montoya was shown a yellow card for failing to clearly release the tackled player before going in on the ball. The Wallabies duly kicked the resultant penalty and added another just as the sin bin period came to an end to build a 9-point lead. However the Pumas hit back and as the Wallabies discipline disappeared, Sánchez kicked 3 penalties to draw things level with 10 minutes left. It looked like the Wallabies would get a late winner as Matías Orlando was pinged for playing the ball off his feet with just minutes left, but Reece Hodge picked the wrong moment to lose his 100% kicking record in the match and pushed the kick wide. There was time for just 1 more attack from Australia, but when the Pumas stole the ball at a breakdown, Pablo Matera kicked downfield and Santiago Cordero was first to the bouncing ball, reaching it just before it went into touch. A decent hack on would allow the former Exeter star to fall on the ball over the line for the win, but his soccer skills eluded hi at just the wrong moment and Jake Gordon was able to fall on the loose ball and flop himself into touch just short of the try line to end the game in a 15-15 stalemate that saw both teams go level with New Zealand on 6 points, with points difference leaving the Pumas in 2ⁿᵈ and Australia 3ʳᵈ. 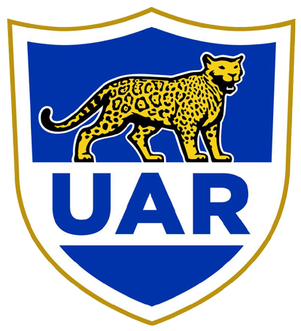 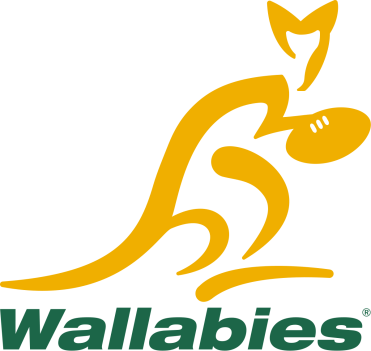 Australia put up a strong fight against the Pumas. They had the possession and the territory, they even held their own in the scrum for much of the match and caused the Argentinian pack some issues there. Unfortunately for them, they ran into a costly issue that will be very familiar for those who watched Super Rugby AU: the lineout.

Despite playing arguably the best lock pairing in the squad for lineouts, the Wallabies saw a number of chances ended before they had even really began as Brandon Paenga-Amosa – a great hooker in the loose – struggled with his throw. The Wallabies were twice denied a great attacking platform at 5m lineouts, with one being rightly deemed not straight and another stolen by Guido Petti, and they should consider themselves lucky that their last throw of the first half – which set the up for the go-ahead penalty –  wasn’t deemed not straight as it was no different to the earlier call. Sadly they weren’t the only instances, just the ones 5m out from the line, with another lineout on the edge of the 22 stolen and another in a similar area pinged for being not straight.

This isn’t going to be a simple fix by replacing Paenga-Amosa at hooker, as none of the hookers really impressed during the recent domestic tournament. Instead, this unit needs to continue working together and former England lineout specialist Geoff Parling needs to earn his salary working with the pack to fix these issues, otherwise they will always struggle to finish off other Tier 1 nations with an inconsistent set piece.

As picked out by the commentators during the match, Argentina had certainly been doing their homework in regards to how the Wallabies set up to receive kickoffs and devised a good strategy off the restart. Time after time, Nicolás Sánchez targeted Hunter Paisami with their restarts, finding the inside centre and putting pressure on him with the chase.

The logic behind this was clear. Paisami is a strong runner, so having him at the bottom of a ruck takes away one option if the Wallabies want to hit the ball up for a phase to give their kickers a better angle from which to clear the ball. Secondly, as someone more commonly known for his physicality than his kicking game, plonking the ball on his head and forcing him to kick under pressure would likely lead to a decent attacking position, while captain Pablo Matera even managed to charge him down on one occasion to win the Pumas possession in a great position.

Finally, the Wallabies’ set up meant that if Paisami was tackled quickly after catching the kick there would be a great chance of a turnover or Argentinian penalty, as Paisami was largely isolated in his position, with only the diminutive Nic White in a position to support and secure the breakdown – not what you really want with behemoths like the Pumas back row in such fine form.

After such clear targeting, it will be interesting to see if the Wallabies change their formation or positions ahead of the reverse fixture in 2 weeks time.

Tim Etheridge Big fan of sports, Star Wars and the Schmoedown. Follow Eyes on the Ball for sports and Schmoedown thoughts and The Canon Padawan for Star Wars talk
Published November 21, 2020