Saturday’s 3ʳᵈ and final Autumn Nations Cup game came took us to Parc y Scarlets, where Wales hosted Italy in the fight for 5ᵗʰ place. Wayne Pivac had selected a team with a blend of youth and experience, and they got off to the better start as Taulupe Faletau put Justin Tipuric through a gap and the flanker fed Kieran Hardy to go over for his first Test try, which Callum Sheedy converted. 10 minutes later and another Welsh player was celebrating their first Test try, as Wales went through the phases and Sam Parry eventually pushed over from close range, Sheedy converting again. Italy finally started to get some possession in the Welsh half and Paolo Garbisi opened their account with a penalty. Just a few minutes later, Italy had a lineout on the Welsh 22, and when the maul came infield, Carlo Canna played a grubber in behind the defensive line and his centre partner Marco Zanon collected the ball to cross for his first Test try, which Garbisi duly converted. The Welsh were shook and on a warning for repeat infringements, which proved costly just before the end of the half, as a break from a ruck released Stephen Varney and the Gloucester halfback took the ball all the way to the Welsh 22. Josh Adams finally brought him down, but did not support his weight as he tried to force the turnover and found himself being sent to the sin bin, while Garbisi kicked the penalty to cut Wales’ lead to 14-13 at the break.

Despite the numerical disadvantage, it was Wales who had the better start to the second half, with Sheedy kicking a penalty to extend the lead, but Italy made use of the width of the pitch and the extra man to release Johan Meyer down the right wing, and the flanker sent Ioan Lloyd flying as crashed over for the go-ahead score. As the hour mark approached, Wales began to bring on the replacements, and they saw a marked improvement in the team’s performance. having been put through a gap by Taulupe Faletau in the first half, Justin Tipuric repaid the favour, and the number 8 released Gareth Davies, who outpaced the Italian defence to go over for the try, converted by Sheedy. The game was still in the balance, but Italy played too much in the midfield and were turned over with very few players left to defend out wide, which Wales took advantage of to get up to the Italian try line, before George North picked from the back of the ruck to go the final metres to score, Sheedy converting again. The result had already been decided but there was still time for Wales to add 1 more try, as Callum Sheedy’s delayed pass put the ball behind Federico Mori to Faletau, who put Tipuric over for the final try, which Sheedy converted for a final score of 38-18. 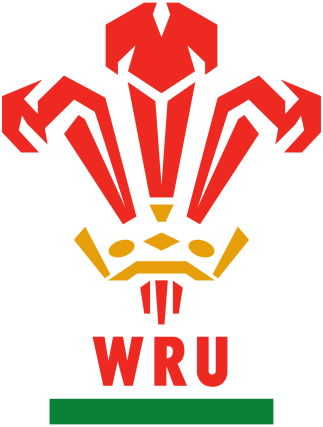 Wales have seriously been missing the breakdown talents of Josh Navidi, and it became apparent in this game. The team gave away a whopping 8 penalties in the first half for offences at the breakdown, with a couple of penalties coming on their own ball but most coming as they tried to win turnovers that weren’t on, either not releasing the tackled player, not coming through the gate or going off their feet. A few penalties is understandable, but the volume they were giving them away was embarrassing!

With all these penalties, it was a simple matter for Italy to claw themselves back into the match from 14-0 down. And much of this came from Wales’ inability to control the contact area. They will face much sterner tests than the Azzurri, and for this reason they need to be smarter at the breakdown. Josh Navidi’s return will be a massive help, as he is such a physical player and a great operator at the breakdown, but they cannot rely on him and a number of the other players in the squad, especially players in the pack, need to step up and do more if this team wants to improve anytime soon.

Wales had clearly done their homework on the Italy defence as they found a weakness and ruthlessly exploited it. The Italians have added some real physicality to their defence, but too often they were not defending as a unit, but instead looking for the gang tackle on the ball carrier or jamming up on a potential receiver.

The Welsh attack took advantage of this to great effect, with a number of pops off to a runner on their shoulder right before contact catching out the defenders. Both hardy’s and Davies’ tries came from this, putting the runner through a hole to get through the defensive line, then playing it off to a support man.

Similarly, Tipuric’s try at the end came from Federico Mori jamming up on his own, which Sheedy had read. The delay on his pass took Mori completely out of the game and released Faletau, who again had support with him in the form of Tipuric to fully exploit the line break.

While their improved physicality is certainly helping them win more turnovers, the Azzurri need to work as a unit if they want to solidify their defence and keep the opposition’s score to a manageable level.

Tim Etheridge Big fan of sports, Star Wars and the Schmoedown. Follow Eyes on the Ball for sports and Schmoedown thoughts and The Canon Padawan for Star Wars talk
Published December 5, 2020