Twickenham played host to its its second consecutive week of rugby as England hosted Italy to kick off Round 2 of the 2021 Six Nations. The Italians showed a much more expansive attacking game in their loss to France last week, but it soon gave them the lead today as they worked the overlap down the blindside following a series of phases around the England 22, releasing Montanna Ioane to score in the corner, Paolo Garbisi missing the kick from out wide. England soon got on the board through an Owen Farrell penalty and took the lead on 14 minutes as a series of pick-and-go phases from the forwards on the Italian line came to an end when Jonny Hill was pushed over the line, though Farrell missed the conversion under heavy pressure from the Italian charge. A third penalty against England at the breakdown allowed Garbisi to level the scores, but it didn’t last long as England countered a loose kick. The ball went to ground in midfield, but the men in white shirts reacted fastest and spread the ball to Anthony Watson, whose hard step inside found a gap that he dashed through to score under the posts, though a couple of questionably forward passes from England in the preceding phase were conveniently ignored by referee Mike Adamson and TMO Joy Neville. England looked to have another great chance towards the end of the half as Billy Vunipola charged down Garbisi and the ball fell to Henry Slade. Ioane managed to stop the Exeter centre, but his offload to Anthony Watson lacked any sympathy or weight and it died on the winger, resulting in him knocking on with a clear run to the line. However, there was still time for one more attack and with advantage for a penalty, George Ford reversed the play back to the left and a couple of quick passes found Jonny May in space on the touch line. The Gloucester winger quickly got up to speed before diving high and early under pressure from Luca Sperandio, dotting down the ball just before his body hit the floor to make the score at halftime 20-8 following Farrell’s missed conversion.

Italy kicked off the second half the more dangerous team again, and when a Garbisi cross-kick set up Monty Ioane to beat Elliot Daly round the outside and make it 60m down the pitch, England were soon pinged for another breakdown offence, allowing Garbisi to kick the first points of the half. Italy continued to attack and made it back into the England 22, but Garbisi found his pass to Seb Negri intercepted by Anthony Watson, who fended off Carlo Canna before going the length. The try was sent for review due to a late challenge by Farrell on Stephen Varney in the build-up, but the inept officiating of Adamson and Neville focused only on the legality of the hit and ignored the lateness, so the try was allowed to stand and Farrell duly kicked the conversion. This try proved to be the catalyst for a number of England changes, and they played a key role in England’s next try on the hour mark. England won a penalty at the scrum 30m out and Dan Robsn took a quick tap and scythed through the retreating Italians, finally being tackled just short of the line. England reset with a handful of pick-and-gos, before Jack Willis snuck over, riding the tackles of Varney and Garbisi, Farrell again adding the extras. Wllis had only been on a couple of minutes, but only lasted a couple more, suffering a horrible looking knee injury on Italy’s next attack as the Italians tried to roll him out of the breakdown. England had gone for a 6-2 split on the bench but had no other options available to cover the back row, leading to Max Malins coming on and Watson packing down in the scrum, and the unfamiliar formatin had an immediate impact, as the Azzurri scrum wheeled to the blind and Federico Mori crashed through a couple of challenges before offloading to Tomasso Allan, who went over for the try and kicked the conversion. England replied immediately, finding a gap around the breakdown to get back onto the Italy line, and when a wide pass was tipped by an Italian hand, it fell to Daly, who tiptoed over out wide, with Farrell kicking the conversion for a 41-18 scoreline. Both teams had one more chance, with Italy exploiting Daly’s pathetic attempt at defending out wide to break down the right through Luca Sperandio, but his bass back inside to the supporting Jacopo Trulla was cut out by the retreating Owen Farrell, while a late George Ford dart to the line down the blind side following a lineout 10m out saw the Leicester stand-off held up on the line to deny them one final score, though this would still finish England’s biggest win since they played the USA in the Rugby World Cup. 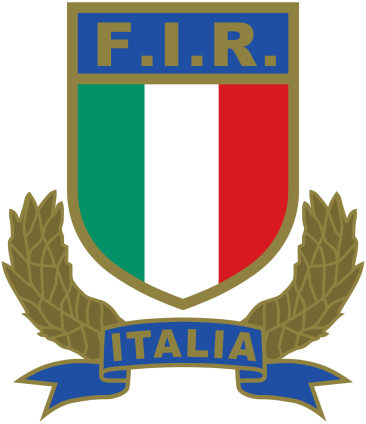 This was an improvement from last week by England insofar as that they actually played attacking rugby. Unfortunately for them, months of being trained to not play with the ball meant that they struggled to do anything truly of worth.

Half the team couldn’t even do the basics right, with passes going everywhere, and many of those that did go to hand were then promptly dropped! Against an inexperienced Italy team – and with the officials ignoring the majority of your errors and offences – England could get away with these errors and still win. But against a more competent defence – let alone an elite defence like France, play of this quality will be easily snuffed out.

Between his poor passing and his consistently questionable defence, this game should have been the end of Elliot Daly’s tenure in the XV, while the pace that Dan Robson brought to the game after his introduction should finally earn him the number 9 shirt. However, just like the idea of a back row made of form players (imagine the quality of a Curry, Earl, Simmonds trio), we can be sure that 2 weeks from now, Eddie Jones will pick the same solid but unspectacular line-up. The only real question will be if they have learned to do the basics well enough over the next 2 weeks to trouble the Welsh.

While the Italian attack has improved so much from last season, there is one area that seriously needs looking at over the next 2 weeks: the kicking game. Paolo Garbisi has a big left boot, but he doesn’t use it to the best of effect, generally just booting the ball downfield, making it easy for the back 3 to run it back.

England showed just what Italy need to do in this game, with a variety of different kicks, including the deep balls but also high bombs and other contestable kicks. Sometimes territory isn’t always the option if the opposition is allowed to counter, so a more contestable kick will put the opposition under more pressure and potentially lead to you winning the ball back while the opposition is disorganised. And simply by varying the types of kick, it makes it harder for the opposition to predict what you will do and get in the right prediction.

There is a lot of responsibility on his shoulders with both scrum half Stephen Varney and fullback Jacopo Trulla being attacking players rather than tactical kickers, but that means that Carlo Canna needs to get more involved in the kicking game if he is to be used at 12. Canna did in fact get a little more involved with the kicking in the second half, while an early cross-kick from Garbisi also paid dividends. If they can add that variety to their kicks over the next 2 weeks, it will take them a big step closer to that elusive win.

Just one team to look at from this game, and in the front row, Kyle Sinckler put in a Man of the Match performance, lasting until the 73ʳᵈ minute while performing well in both attack and defence. Meanwhile, out wide, Anthony Watson put in a superb performance, with a crucial interception in defence, while he repeatedly showed the danger that his pace and footwork will present to defences.

On the other hand, Elliot Daly‘s defensive struggles will be a big red flag against a physical South African team, especially with other talented ball-players playing much better at the moment. Meanwhile in the pack, Billy Vunipola‘s impact on the game was extremely limited and it is hard to imagine him beating out CJ Stander for the number 8 jersey.

Tim Etheridge Big fan of sports, Star Wars and the Schmoedown. Follow Eyes on the Ball for sports and Schmoedown thoughts and The Canon Padawan for Star Wars talk
Published February 13, 2021