After a COVID outbreak caused their Round 3 match against Scotland to be delayed, France returned to Six Nations action in Le Crunch at Twickenham. England were coming in off a chastening loss to Wales and things did not look good as it took them only 80 seconds to concede the opening try, Teddy Thomas beating Anthony Watson out wide and chipping over Max Malins, with Antoine Dupont winning the race to the bouncing ball at Matthieu Jalibert adding the conversion. England quickly hit back but their first attack of substance resulted in them being held up over the line, however they were on the board just a few minutes later as Henry Slade slipped through a gap to reach the French 5m line and George Ford followed up on the next phase with a flat pass that sent Anthony Watson over in the corner. Owen Farrell was successful with the conversion and followed up with 2 penalties, with Jalibert adding one of his own. The French were looking dangerous every time they entered the England half and showed how clinical they could be n the half hour mark. With a lineout just outside the England 22, Les Bleus deliberately overthrew the pack, with the midfield running straight crash ball lines to hold the English defence, allowing Dupont to loop behind with the ball and spread to Jalibert, who took advantage of the English being caught narrow and released Damian Penaud to go over in the far corner, Jalibert converting. Each team had one more attack of note before the break, with Brice Dulin just beating Owen Farrell to Henry Slade’s kick to the corner, while Tom Curry won a crucial turnover penalty on his own try line following a French break down the left wing, and the half came to a 13-17 end.

The second half became a much tighter affair. Farrell and Jalibert traded penalties, but with the clock ticking down, England still found themselves behind. That all changed with just 4 minutes left though, as England won a lineout in the French 22. The drive was brought down illegally short of the line, but England kept calm and continued to probe around the fringes, and after a couple of phases Maro Itoje found his way over the line, with TMO Joy Neville confirming that he had grounded the ball. Farrell kicked the conversion, but there was still time for one more French attack. Les Bleus were making ground but inaccuracy cost them as Dupont knocked on at the back of a ruck, and the final whistle went to confirm England as 23-20 victors.

This was arguably the best England performance since they took down New Zealand in the semis of the 2019 Rugby World Cup. There was attacking intent throughout the team, Billy Vunipola was carrying better than he had all tournament, Tom Curry was carrying hard and frequently and even Ben Youngs was rolling back the years – bar a few errors. Meanwhile, the penalty count was significantly lower despite facing a much more dangerous attack than they have been in recent weeks.

The question now becomes why we only get to see performances like this once every couple of seasons. You don’t see New Zealand trying to play anti-rugby for 9/10 matches and then just switching it on for the odd game, they go out to play rugby and win every game. We know that this England team has the capability to play like this, and that is what makes us even more frustrated when we see performances like the opening 3 weeks of this tournament.

These are the performances that we should be seeing on the regular from England. If the players can’t put in that kind of performance regularly, then it’s time to give the next man up a shot. And if the coaches can’t get England to playing this kind of rugby regularly, then it is time for them to move on and let someone capable take over.

Getting to watch Les Bleus currently is a treat. The French have historically had that mentality of being willing and able to play from anywhere, but that disappeared somewhat over the last 10 years. Now that Fabien Galthié has the helm though, that attacking mentality has returned, combined with a staunch defence and improved discipline, courtesy of Shaun Edwards.

Unfortunately in this match, that French willingness to attack from anywhere probably proved costly, as the French frequently tried to play out from their own 22 in the first half but ran into trouble against a solid English defence. Antoine Dupont saw himself charged down as the team were a little too casual trying to kick clear following a lineout off the top, while Farrell’s 2 penalties midway through the opening half came from breakdown penalties after France tried to run from deep. In the second half, the team became more pragmatic, but unfortunately the damage had been done by that point.

Of course, this is a very young French team, and they will learn from this experience. Don’t be surprised to see a more pragmatic approach from Les Bleus inside their own third next time they play a solid defence.

With the quality of players available in the back row, big performances are vital and Tom Curry put in a huge one on Saturday, being much more noticeable and influential in attack to go with his defensive effort. Similarly, Kyle Sinckler put in another massive performance at the set piece against a strong French scrum.

However, Sinckler’s front row partner Mako Vunipola did not have such a great time at the scrums, while a great performance from Luke Cowan-Dickie left Jamie George with just a 9 minute cameo that will likely see him dropping down the pecking order. 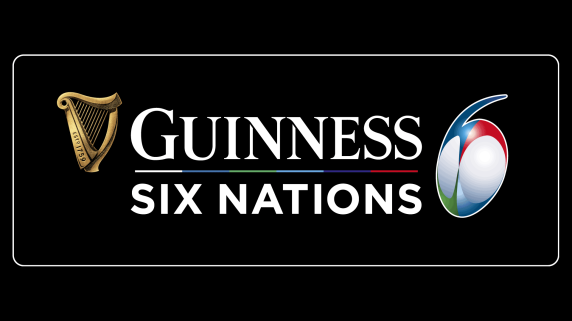 Tim Etheridge Big fan of sports, Star Wars and the Schmoedown. Follow Eyes on the Ball for sports and Schmoedown thoughts and The Canon Padawan for Star Wars talk
Published March 14, 2021