Because 2 matches just aren’t enough for one day, Super Saturday finished off with Wales’ trip to Paris to face France in a Grand Slam decider. Usually the finale of the competition, France’s mid-tournament COVID outbreak meant that Les Bleus would have 1 more match to play, on Friday evening against Scotland, but knew that the rearranged fixture would be irrelevant should they lose, draw or win with less than 4 tries and allowing Wales a bonus point – as either of these 3 scenarios would make it mathematically impossible for Wales to be caught in the standings.

Everything was pointing towards an open attacking game and it certainly didn’t disappoint, as France were on the attack immediately, with Cyril Baille being held up over the line. This only delayed the inevitable though, and Les Bleus took the lead a minute later as Romain Taofifenua managed to dot down for the opening try. Wales were soon putting on the pressure themselves though, and when Lois Rees-Zammit popped up unexpectedly at first receiver from a scrum in the French 22, he released Gareth Davies, who was adjudged to have been held up by the narrowest of margins. Wales kept the possession though and went through the phases camped on the French line, until Dan Biggar found the gap and hit it at pace with a beautiful out-to-in line, before kicking the conversion to level the scores. The stalemate lasted just minutes however, as a clever chip from Brice Dulin was collected by Matthieu Jalibert, who fed Antoine Dupnt to score under the posts. Once again though, the Welsh found an answer with their next attack, as Josh Navidi managed to force himself over. After 4 tries and 2 players held up in the opening quarter, things finally settled down a little – potentially helped by Jalibert’s early removal due to a head injury – and Biggar and replacement fly half Romain Ntamack each added 3 points off the tee to send the teams in at the break with the scores level at 17-17.

Biggar soon extended the lead after the break with another penalty, and it felt like the Welsh were in the ascendency in the early stages of the second half. Just a few minutes later, they made the breakthrough, with Justin Tipuric putting in a clever grubber kick out wide. Josh Adams was first to the ball and kicked it infield, where Tomos Williams went to ground to secure it and offload to Adams, who following a TMO referral was adjudged to have got the ball down in-goal. Ntamack cut the lead with a penalty, but the Welsh were straight back on the attack with a devastating driving maul that was collapsed just short of the French line. With advantage being played, the ball was fired to Rees-Zammit who dived for the corner, but a referral to TMO Wayne Barnes showed that the ball was grounded on the touch-in-goal line, so they were forced to settle for 3 points off the tee and a yellow card to French prop Mohamed Haouas for bringing down the maul. 10 points down with just 20 minutes left, the French suddenly seemed galvanised at the thought of their tournament being ended early, and Julien Marchand was held up over the line after peeling off a maul. Then, as the game entered the final 15 minutes, everything went crazy. Having gone through a series of phases in the Welsh 22, the French finally found a way over the line, but the try was disallowed after a lengthy, but expertly handled referral to TMO Wayne Barnes by referee Luke Pearce. The referral found that Paul Willemse had committed an act of foul play with a neck roll on Wyn Jones, which would overrule not just the try put also a penalty advantage that was likely to see Alun Wyn Jones sent to the bin, but further looks found that Willemse was also guilty of making contact with the eye area, leading to the lock being shown a red card and Wales clearing their lines. The French were soon back on the attack though, and after Charles Ollivon was held up over the line, Taulupe Faletau was sent to the bin with less than 10 minutes left. He was soo joined by Liam Williams, who stupidly went off his feet to slap the ball out of Dupont’s hands at a ruck near halfway. The French made it into the 22 and with just 4 minutes left, captain Charles Ollivon managed to get over for a try, which Ntamack converted to bring them within 3 points. Wales tried to see out the final minutes in possession, but that is a long time to keep things tight and they gave away a penalty on halfway with less than 2 minutes left for sealing off. A draw would still hand Wales the title, so France kicked up to the 22 and went through the phases looking for a breakthrough, which they found with 81 minutes on the clock as they used their one man advantage to work an overlap and send Brice Dulin over on the left to break Welsh hearts and secure a 32-30 victory.

While the “Jam Slam” may be off the table, Wales arguably remain in the driving seat for the title, as tie-breaker rules mean that France will need to beat come off a short week to beat Scotland with at least 4 tries and a points difference of at least 21. 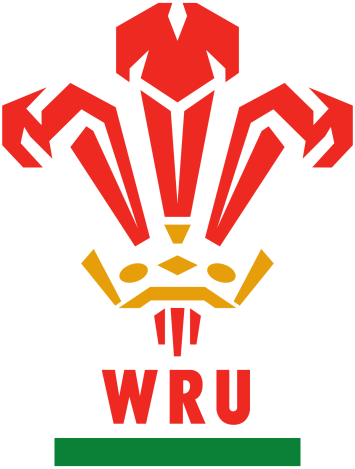 Perhaps the scariest thing about France’s performances in this year’s competition is that they have been looking super dangerous with arguably their second choice at fly half. Romain Ntamack had secured the starting spot, but was ruled out for much of the tournament with injury, returning to the bench for the 2 most recent games. With Matthieu Jalibert suffering a head injury midway through the first half, Ntamack got his chance to get some minutes under his belt.

But did that almost cost France in this game? After some time out, Ntamack certainly didn’t seem fully up to speed, with it taking until the hour mark before he managed to get much going on attack as he got back into the flow of international rugby and playing with this backline, whereas Jalibert had been looking super dangerous. Unfortunately for France, the turnaround will be too quick for Jalibert to be involved, so Ntamack will have to get back up to speed quickly.

If he can get up to speed in this shortened week, then Scotland should be worried, as he has shown his attacking quality plenty when at full fitness, while he is also probably a more robust defender than Jalibert, which could prove crucial when every point counts. If he is still not back to his usual level though, a 21-point points difference and the necessity of scoring 4 tries could prove too much for Les Bleus.

While we joke about how a win would have given Wales the “Jam Slam” due to the luck that went their way, it must be acknowledged that Wales improved so much during the tournament. as well as developing some degree of depth at positions like centre, they have seen players returning from injury and also former key players like Taulupe Faletau returning to form, while newer faces like Kieran Hardy, Callum Sheedy and Louis Rees-Zammit have brought a new dimension to the team.

While they are still somewhat lacking in physicality, they are finding ways to compensate for this, with players popping up in unexpected positions and running smart lines at pace to give them momentum and help them get over the gain line. Watching Wales on Saturday evening, I really started to see the similarities to Wayne Pivac’s Pro12-winning Scarlets team, who were similarly lacking in physicality.

This is not to say that they don’t have physicality, with George North’s move inside proving a remarkable success so far and surely extending his international career by a number of years, and rather than just expecting him to run into other big men, they are moving players like him and Louis Rees-Zammit around the pitch to get maximum advantage from them.

Will this be enough to beat everyone? No. I worry for the team at lock and hooker without Alun Wyn Jones and Ken Owens, while there appears to be a big drop-off behind the starting back row. Similarly, there will be teams that you will need a more physical approach to beat. But right now, this is a team going in the right direction and looking like they can be competitive again.

He always puts in quality performances that often go under the radar, but his grubber to set up Josh Adams’ try was a welcome reminder of Justin Tipuric‘s broad skillset, while George North and Louis Rees-Zammit showed just how dangerous they can be if used right.

However, Gareth Davies may have to hope that Warren Gatland remembers how well he suited Gatland’s play as he was removed early in the second half, while Liam Williams‘ moronic yellow card could leave questions over his temperament with plenty of players in the back 3 putting their hands up for selection.

Tim Etheridge Big fan of sports, Star Wars and the Schmoedown. Follow Eyes on the Ball for sports and Schmoedown thoughts and The Canon Padawan for Star Wars talk
Published March 22, 2021March 28, 2021