As the 2021 Giro d’Italia was reaching its end, another race of note was kicking off in France, in the form of the 2021 Critérium du Dauphiné. One of the foremost races in the lead-up to the Tour de France, this edition’s 8 stages ran from 30ᵗʰ May to 6ᵗʰ June. The route this year totalled 1205.3km, with a couple of days in the Alps to finish things off, and as we reached the end of the week, the standings were as follows:

Victory for the lieutenant

With 4 current and former Grand Tour champions and a number of other notable young riders on the Ineos Grenadiers roster, it won’t be very often that Richie Porte will get the chance to lead the team at a big race. Coming into the Dauphiné, Porte was part of a triple-pronged attack alongside Tao Geoghegan Hart and Geraint Thomas, but likely knew that if push came to shove, he would likely be the one who would become the lieutenant as the race went on.

That all changed on Stage 7, as with about 8 and a half kilometres still to go, the Australian attacked the leaders’ group. It’s been a common tactic by Ineos in recent year: keep a domestique high in the GC and send them on an attack. This will cause many of the leader’s GC rivals to have to use up their own domestiques (or work themselves if already isolated) earlier than they want to chasing down the domestique, allowing Ineos’ leader to ride on their wheel and stay fresh to attack at the very end with devastating consequences. This time, however, the rivals were unable to chase across to Porte, and this allowed him to stay clear of the yellow jersey group and go from a 15 second deficit to a 17 second lead in the GC. 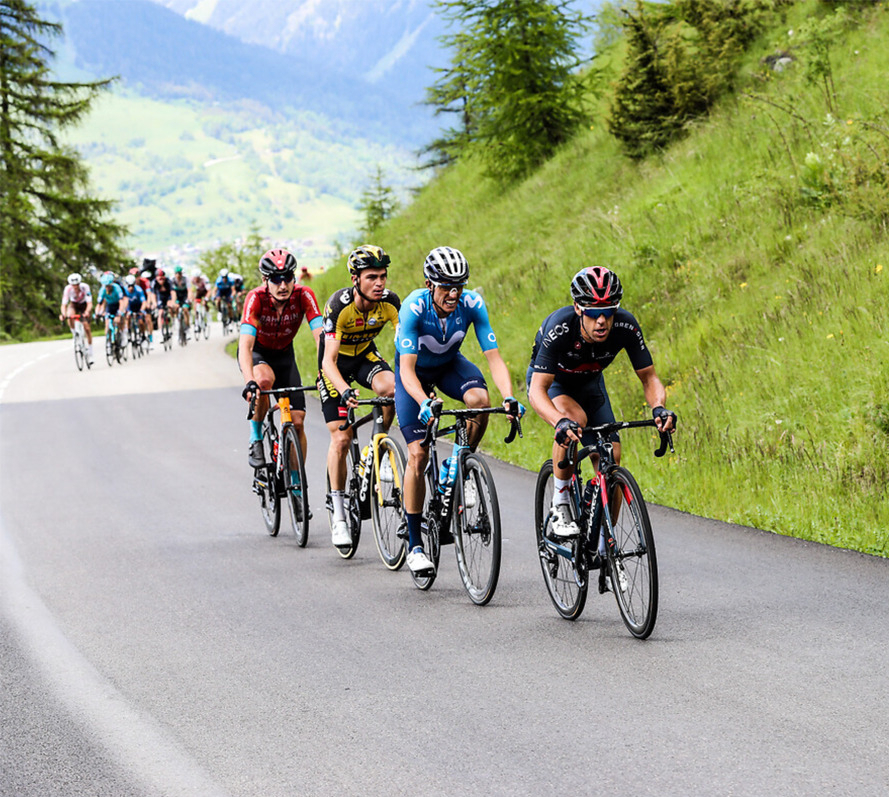 This was a crucial moment in the race, as it meant that Ineos went into the day with their domestique (who has plenty of experience as a leader) leading the GC and their leader in 3ʳᵈ, 29 seconds back. In that situation there was only one option: move the leadership to Porte when push came to shove. “G” has years of experience as a super-domestique for Chris Froome, and he showed it with his ride on the final day, riding back across to the leaders’ group on the final climb and pacing the group to ensure Porte’s win.

So what does this mean for Le Tour? Well don’t be surprised to see Ineos going for a similar tactic, with 2 of their Grand Tour victors as the nominal leaders, but with Porte there in a super-domestique role that can also stay high in the GC and cause havoc for their rivals while protecting their leaders as the race goes on.

The long hard road to recovery

2 years ago at the Dauphiné, Chris Froome crashed during training ahead of the 4ᵗʰ stage, suffering severe injuries, including a fractured right femur, a fractured elbow and fractured ribs. Many people could have chosen to use that as the moment they retired, but Froome has fought on in the hopes of winning a 5ᵗʰ Tour de France, now with Israel Start-Up Nation. 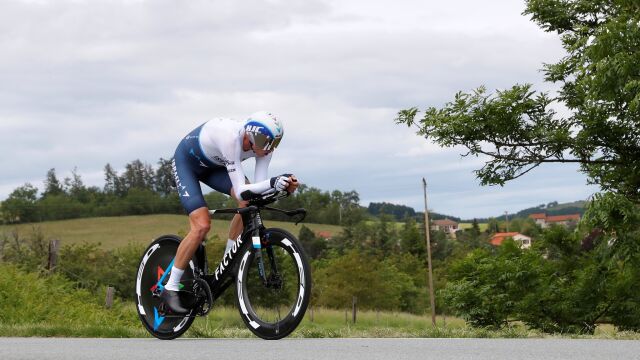 Unfortunately, it doesn’t look like this will be his year, as every day saw him falling back from the peloton well before the final selections on a stage and never making it into the leaders’ groups where we are so used to seeing him. It was a sad sight each day to see him being distanced by the peloton, and as the years go by that elusive 5ᵗʰ Tour de France looks less and less likely.

Of course, Froome remains positive in public; though he has admitted that he won’t be winning this year, he remains committed to winning again. Hopefully, even if that Grand Tour victory eludes him, he can still get back to being a regular in the leaders’ group and a threat for stage wins, similar to Movistar’s Alejandro Valverde. His is not a career that deserves to end seeing the group ride away from him.

Laying down a marker

The 2021 Dauphiné is not one that Team Bahrain Victorious’ Mark Padun will be forgetting anytime soon. The Ukrainian followed Richie Porte’s race-winning attack on Stage 7 along with Sepp Kuss and Enric Mas, but found himself the freshest of the four, soon attacking and dropping Porte and Mas, while Kuss also dropped away after a couple of kilometres, allowing Padun to ride the majority of the last 5km alone to secure the stage victory. That in itself was already a great achievement, but the very next day saw him get in the breakaway and attack with just over 27km remaining, riding away to consecutive stage victories in the Alps, which also secured him the King of the Mountains classification. 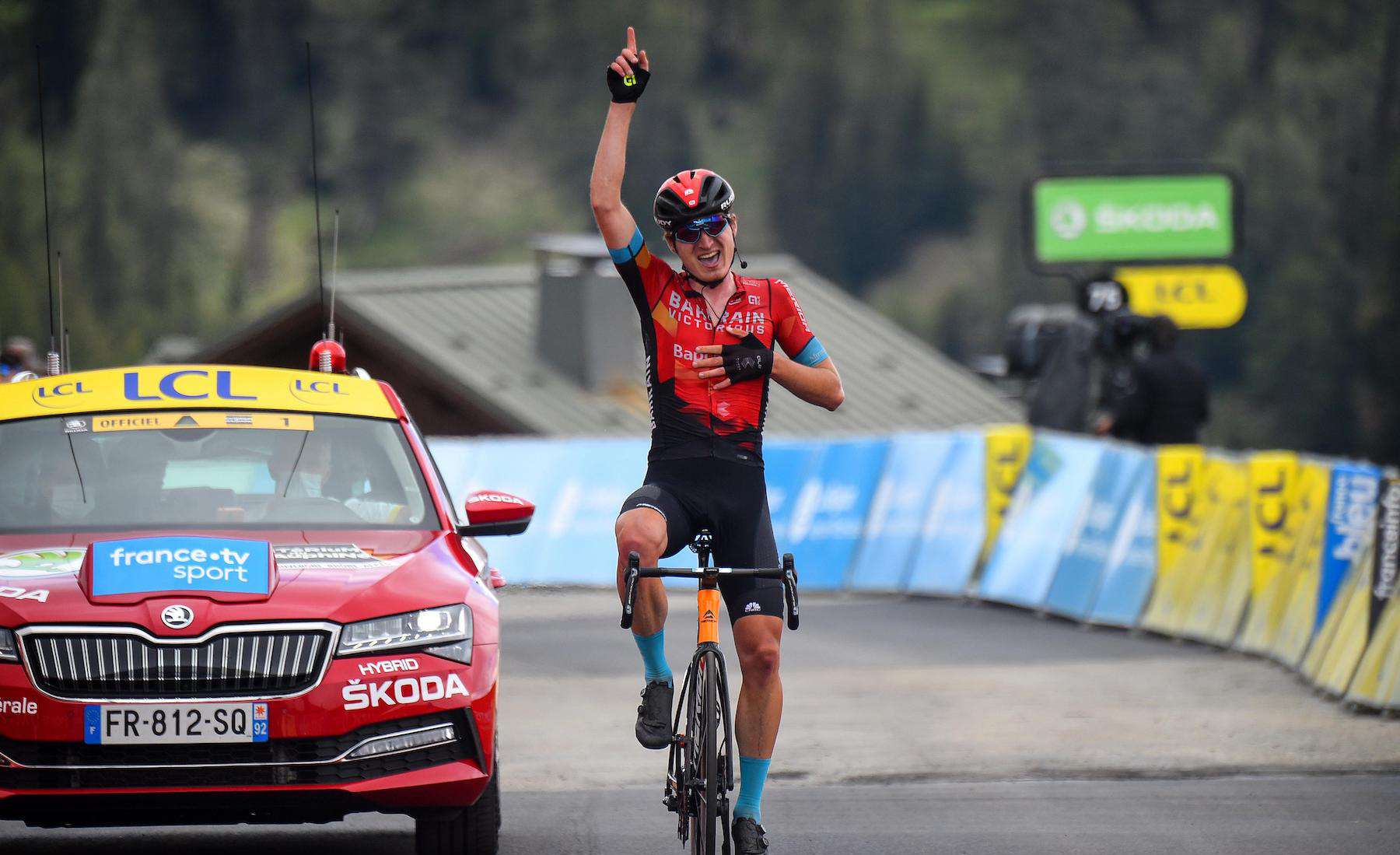 Of course, it’s important not to overreact and say he is the next superstar on the strength of 2 stages, but he is clearly a rider in form, who looked very comfortable in the mountains, and you have to imagine that Team Bahrain Victorious will be looking to get him in the team for the Tour de France, where he could potentially compete for stage wins from the break, and also come in handy tactically by getting in the break on the mountainous stages that then leave him in a position to support his leader on the final climb as the leaders’ group catches the breakaway, by which point many of the team’s rivals will be out of domestiques.

What did you think about this year’s Dauphiné? Was there anything that stood out to you?

Thanks for reading. Until next time!

Tim Etheridge Big fan of sports, Star Wars and the Schmoedown. Follow Eyes on the Ball for sports and Schmoedown thoughts and The Canon Padawan for Star Wars talk
Published June 9, 2021June 9, 2021