Over 600 days after becoming World Champions, South Africa finally made their return to Test rugby with the first of 2 matches against Georgia as their warm-up for facing the British & Irish Lions. The long time without Test rugby certainly showed early on as the team struggled with cohesion and discipline in the first half hour, with Aphelele Fassi’s debut try the one bright spark as Tedo Abzhandadze kicked 3 penalties to put the Lelos ahead. South Africa grew into the game though, and took advantage of Beka Saghinadze’s yellow card to take a 19-9 halftime lead, with tries from Bongi Mbonambi and Cobus Reinach.

As the substitutions began after the break, the strength of the Spingbok pack saw Kwagga Smith go over from 5 metres out after a series of scrum penalties, and after Herschel Jantjies also sniped over from close range, Malcolm Marx completed the scoring with the easiest of finishes as a 5m catch and drive obliterated the Lelos defence and allowed the hooker to simply drop to the floor once over the line, securing a 40-9 victory.

I’m sure I wasn’t the only one thrilled to see the Springboks constantly turning down the chance for 3 points when they had a penalty and instead going for scrums or kicking for the corner. Often, I can understand going for the 3 to some degree, even if it just to build up a lead and then look to take chances later on, but in this game it always looked as if the Boks would be able to run away with it as they grew into the game, if only due to the face that Georgia were constantly defending, which would tire them out.

This was a warm-up game, and after almost 2 years without a Test match, South Africa needed to take every opportunity to compete in Test match conditions. While the Boks would likely take the 3 points in the Tests, there would be no benefit to waste almost 3 minutes (from the time the penalty is given, including making the decision to go for goal, the time allowed to take the kick—which rarely appears to be policed—and then the time to prepare for the restart) each time a penalty was given in range. Kickers do so much practice, and both Pollard and Jantjies are so experienced, a Test match without going for the 3 points will not harm them, whereas going for the corner and scrums allowed the Springboks to maximise the time they had actually playing rugby and working through any issues.

Don’t be surprised to see more of the same in the second Test, but a much more pragmatic approach once they face the Lions.

The Georgian scrum is one of the most feared weapons in the game, so to see it given such a torrid time by the Springboks shows the quality they have. While Trevor Nyakane struggled a little in the first half, Ox Nché held up well against the Lelos, but the true damage was done when superstars Steven Kitshoff and Frans Malherbe came on.

While Kitshoff won a series of penalties against his opposite number in the build-up to Kwagga Smith’s try, Malherbe was dominant on his side, often getting a push on to wheel or crumple the Georgian pack. It brought back immediate memories of the Rugby World Cup final, where he put on a clinic at the scrum and was only really dealt with to some degree once Joe Marler came on.

It’s going to be a tough test for whoever wins the 2 loosehead spots in the Test 23—currently between Wyn Jones, Rory Sutherland or Mako Vunipola. If one of these players goes down injured, it will be interesting to see if Gatland goes to Joe Marler (who never received an email to say he was in contention for the squad) given his recent form and his Man of the Match performance in the Premiership final.

This may sound very harsh, but until Georgia sort out their lineout defence, they are not going to win a match against a Tier 1 Nation.

The Lelos’ issues defending the maul were apparent during the Autumn Nations Cup and things looked no better in this match, with both Bongi Mbonambi and Malcom Marx scoring from 5m catch and drives—Marx’s try especially looking like a walk in the park for the Springbok pack—and a number of other penalties being given away for collapsing the maul.

But it wasn’t just the maul this time that caused issues for the Lelos, as they gave away as many penalties at the lineout itself. Whether it was a tactic to try and disrupt the South Africans setting up the maul, or an attempt to win the ball back so they didn’t have to defend the maul, the Georgians were putting a man up to compete at most lineouts, but they were then giving away penalties for being too aggressive and taking the man in the air or bringing their jumper too far across the mid-line.

I find it hard to believe that these lineout and maul issues are down to just the players and thin that the Lelos desperately need to get someone in to sort out their lineout defence, or this will be a weakness that every team uses against them. 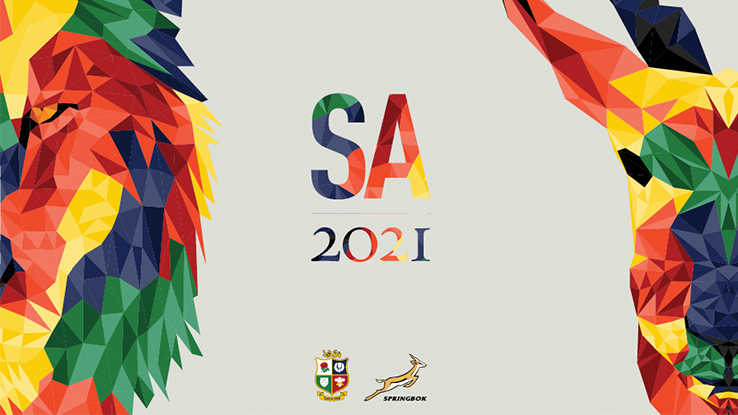 Tim Etheridge Big fan of sports, Star Wars and the Schmoedown. Follow Eyes on the Ball for sports and Schmoedown thoughts and The Canon Padawan for Star Wars talk
Published July 3, 2021