It’s that time of year again! That time when I brave cold cheeks in the name of charity. Yes it’s Movember!

I’ve been doing Movember for about 10 years now as it’s a cause that is close to my heart, and this year, as we are now able to be more sociable again, I am back to fundraising for the Movember Foundation. For those who haven’t heard of the Movember Foundation, they focus on “changing the face of men’s health” with a focus on testicular cancer, prostate cancer, mental health and suicide prevention. If you wish to donate, every little helps, and there are 3 ways you can do so:

This year, I’m planning to chart my “Mo-gression” with a series of posts on here. I’m aiming for one every 5-6 days but don’t hold me to that. For each one, I’ll let you have an update on how things are going along with my latest picture so that you can see how the growth is going. But this site is all about sport, so of course I have added a slight sporting twist, as each of my Mo-gression posts will also include a quick look at someone in the sporting world who has a notable moustache. I won’t promise that they will be the most famous moustached sport stars in the world, purely the ones who first came to mind as I put this together.

So… let’s get underway!

We’re basically a third of the way through the month and if Day 6’s first shave is the most important, Day 10’s was only slightly less. With this shave, the Monkeytail becomes fully visible, so it’s important to get the shaping right. One slip of the hand and the design could be ruined. 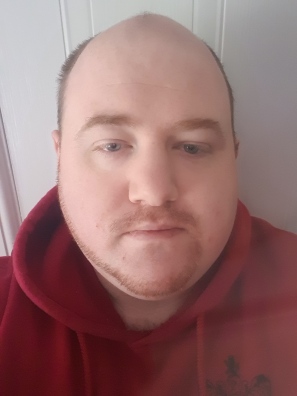 I’m so happy with how well the Monkeytail has progressed in just 10 days and can’t wait to see how it is by the end of the month. I’ve been pushing things pretty hard on social media, especially my Facebook. I’ve also set up a second fundraiser on Instagram to run through the month in the hope that I may get a few extra donations there.

Once again, a big thank you to those who have already donated this year. I set myself a relatively low initial target of £100, and thanks to your generosity I am already 60% of the way there, but I would love to hit this target ASAP and push for a higher amount, so any donations would be greatly appreciated!

So for Day 10, I’ve stayed in motor racing but moved from Britain to the US, with a look at Dale Earnhardt 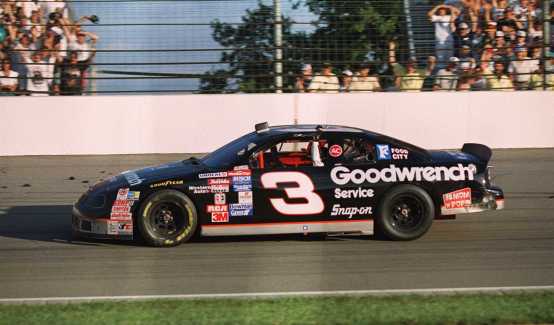 Dale Earnhardt was an American stock car racer who raced from 1975 to 2001 in the former NASCAR Winston Cup Series (now called the NASCAR Cup Series). His aggressive driving style earned him the nicknames “The Intimidator”, “The Man in Black”, and “Ironhead”. He is regarded as one of the greatest drivers, and by many NASCAR fans, the greatest driver, in NASCAR history. He is most commonly associated with the Number 3 Chevrolet—if you have seen the film Zombieland, Talahassee paints a “3” on his cars as a reference to Dale Earnhardt.

On February 18, 2001, Earnhardt died in a sudden last-lap crash during the Daytona 500, an event that is regarded in the racing industry as being a crucial moment in improving safety in all aspects of car racing, especially NASCAR. Earnhardt has been inducted into numerous halls of fame, including the International Motorsports Hall of Fame in 2006 and the NASCAR Hall of Fame inaugural class in 2010.

Tim Etheridge Big fan of sports, Star Wars and the Schmoedown. Follow Eyes on the Ball for sports and Schmoedown thoughts and The Canon Padawan for Star Wars talk
Published November 10, 2021