The penultimate Saturday of the 2022 Six Nations kicked off with Scotland’s trip to Italy. The Italian’s las win in the competition came at Scotland’s expense, and the Azzurri took an early lead through a penalty from Paolo Garbisi. However it was the Scots who got the opening try on 17 minutes after a loose Italian kick allowed them to counter; George Turner broke down the right wing and as his supporting men kept the ball alive, Finn Russell was able to spread the ball wide to send Sam Johnson over in the left corner. Italy soon found themselves on the attack, but Ali Price intercepted Callum Braley’s pass just 5 metres from the Scottish line and broker away with Kyle Steyn, and as the wing ran out of space he chipped back inside for the supporting Chris Harris to finish. The Italians were not deterred by such a blow though, and after Garbisi missed a penalty, a sweeping move to the right saw Pierre Bruno dominate contact with Stuart Hogg and offload back inside to Callum Braley for the try, with Garbisi’s touchline conversion bringing them back within 2 points. However an Ali Price break put the Scots into the Italian 22, and after a head injury forced a stoppage, the Scottish back ran some clever lines to send Harris crashing over for his second, with Russell kicking the conversion for a 10-19 halftime lead.

The game remained close after the break, but the Scotland attack appeared to be growing in confidence, and when an inside pass from Finn Russell put Darcy Graham through just inside the opposition 22, the wing stepped his way over to secure the bonus point. As the hour approached, Italy made a number of changes, but this arguably interrupted their play and as Garbisi missed another penalty, a comeback was looking unlikely. That “unlikely” became “almost certainly not” as Man of the Match Ali Price broke the line on the hour and mad plenty of ground before sending captain Stuart Hogg over in the corner, while Monty Ioane was beaten by the bounce of the ball just minutes later as he ran onto a grubber kick with the line at his mercy. However Italy kept on the pressure and forced another try through Ange Capuozzo, just 22 minutes into his debut off the bench. This score appeared to invigorate them and with 7 minutes left were perhaps unlucky not to get a penalty try as their maul was collapsed just short of the line, but they refused to give up and with the clock 2 minutes into the red, Capuozzo stepped over for another try and a 22-33 final score. 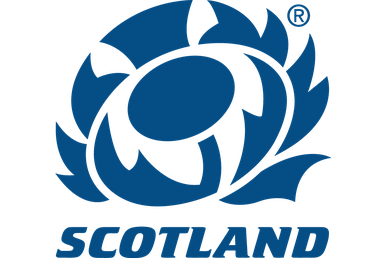 One player who doesn’t get talked about anywhere near enough in this Italian squad is Monty Ioane. While the 14 shirt has been somewhat a revolving door of players, Ioane has deservedly made the 11 shirt his own.

A strong and willing carrier, he rarely gets the chance to find himself with the ball and clear air in front of him, but he continually still makes metres, with a great combination of strength and footwork to beat defenders and break tackles. Meanwhile in the kicking game he runs his heart out and competes well, while also popping up in the midfield to provide an option to get a move going by taking an inside pass through a gap or to chase a cheeky chip (as we saw from Braley today) if the kick defence is too deep.

At 27 years old, he is in his prime and will benefit as Italy continue to improve as a team, as it will create the space out wide for him to exploit rather than forcing him to make the space himself, and as this next generation of stars comes through from the U18s and U20s, he will be an experienced mentor to take his replacements to even higher levels.

This was a big match for Scotland. After a big start to the tournament with victory over England, things have gone downhill and they took a shellacking 2 weeks ago. With stars Jamie Ritchie and Duhan van der Merwe missing, there was always a risk of the Italians becoming a banana skin today.

But the Scots got things right today, going back to their kicking game and relying on the quality of their defence to limit the Italian opportunities, and then taking advantage of any poor Italian kick chases or gaps in the Italian defence with the quality of attackers like Ali Price, Finn Russell, Darcy Graham and Stuart Hogg going the length of the field in just seconds.

2 weeks ago, Scotland threw out their gameplan as soo as they found themselves behind… and lost. This week, they stuck with it, and if they continue to do so, they will be a challenge for many teams. 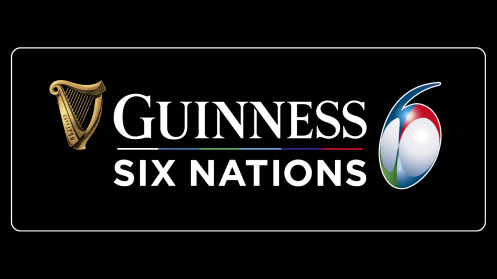 Tim Etheridge Big fan of sports, Star Wars and the Schmoedown. Follow Eyes on the Ball for sports and Schmoedown thoughts and The Canon Padawan for Star Wars talk
Published March 12, 2022