Man in the Arena

Welcome to Sport on the Silver Screen. In this series, I will be looking back over sports movies and series that I have recently watched/re-watched and giving my thoughts on them. Getting into the Schmoedown and starting to follow a number of the personalities from the show has given me a much greater appreciation of movies and seen me starting to watch more, while a resolution for 2022 has also seen me making a resolution to watch more series.

Being a fan of both movies and sports, I have taken the chance to start highlighting the sheer volume of sports movies out there, while also now throwing in the occasional series. In each article I will be giving some details about the movie/series and then a quick review, including a section giving a sports fan’s perspective of the action’s realism.

This series has been heavily influenced by Ben Bateman and Andrew Ghai of Action Industries, but I will not be looking at the traditional “Fist-pump moment” and “Favourite line” sections due to just how much more content a series provides compared to a movie, instead talking about the prospects for the future of the show. Be aware, there will be spoilers, but I will try to keep them to a minimum.

Today, I will be looking at the documentary series Man in the Arena 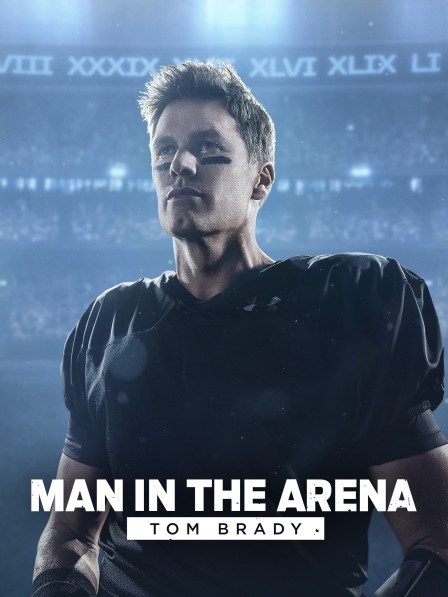 Synopsis A documentary series looking back through the career of Tom Brady, focusing on each of his Super Bowl seasons with the New England Patriots (with an episode planned for his Super Bowl run with Tampa Bay) looking at the iconic moments in Brady’s own words and with input from other people who played a key role.

As someone who has paid some form of attention to the NFL since the mid-noughties and has closely followed the league since the 2009 season, a constant in the league has been Tom Brady. The undeniable GOAT, Brady’s achievements are incredible and deserve respect, but are made into an even better story when you remember that he was a sixth-round draft pick!

As such, I’ve always enjoyed documentaries about Brady, but this one still managed to leave me pleasantly surprised. While the name and poster would make you think it is all about Brady, the actual series feels on the whole more like a documentary about the Brady-era Patriots, with heavy focuses on some of the other influential players of the time, such as Drew Bledsoe, Willie McGinest, Randy Moss, Wes Welker and Julian Edelman, as well as input from some of the big names Brady faced in the Super Bowl (Michael Strahan and Richard Sherman). In fact, it is only really episode 7 that felt like it was really focused more on Brady, as it featured his family and looked back at a season during which his mother was going through treatment for cancer, while parts of episode 8 also focused on his relationship with the controversial Alex Guerrero.

Though I will admit that I haven’t seen many documentaries on the NFL, this one did a really good job of showing the psyche of the New England Patriots, which has been a key part of their success and ability to remain in playoff contention through multiple rebuilds. It really highlights an environment that certainly wouldn’t be right for every player, but pushes for success.

With such a long and high-profile career, there have been so many iconic moments, and it was great to hear Brady et al. talk about these, such as how time both times the Pats faced the Giants it looked like they had the win, only for a remarkable catch to help the Giants score on a late drive, and how history almost completed itself against the Seahawks. There was talk on the Tuck Rule, that comeback against Atlanta and those game-winning drives that earned Brady his early fame (including how one throw did not go as planned but worked out to their advantage), while also a moment where wife Gisele Bündchen inadvertently made headlines following the loss to the Giants in Super Bowl XLVI. There’s something great about the way that sportsmen can remember games and talk about them years later that I love to hear, and as such this documentary—interviews spliced in amongst game footage, sideline footage and footage from news reports/football shows—was perfect for me!

Of course, if you know your NFL history, you will know that there are also some controversies to cover in this time, with Spygate and Deflategate. In credit to the series, it does not shy away from these moments, and it does go into how the players felt and how it affected them. However, while it does talk about Brady’s suspension as part of Deflategate, I noticed that it brushed over the reason that he was suspended, while I can’t help question just how accurate these sections are considering Brady is an executive producer.

A few final thoughts on the series:

As mentioned earlier, we are set to get one more episode which will focus on Brady’s move to the Tampa Bay Buccaneers and their Super Bowl victory. And who knows, with Brady coming out of retirement, there’s always the chance of yet another episode being required later down the line.

What did you think of this series? Let me know in the comments. Until next time!

Tim Etheridge Big fan of sports, Star Wars and the Schmoedown. Follow Eyes on the Ball for sports and Schmoedown thoughts and The Canon Padawan for Star Wars talk
Published April 24, 2022April 27, 2022