Last summer, South Africa ran out 2-1 series winners against the British & Irish Lions in empty stadiums. Now, some of the Lions were back as Wales arrived in Pretoria for the first match in their 3-Test series. And a sold out Loftus Versfeld was soon silenced after a turnover at the lineout allowed Wales to spread the ball to Louis Rees-Zammit who outran everyone for the opening try. Wales had certainly caught the Springboks out early on, and as Kieran Hardy’s box kicks set up a good territorial game, Dan Biggar soon added to the lead with a drop goal from around 45 metres out. The Boks started growing into the game though and won a penalty, but Elton Jantjies first attempt at goal hit both posts before landing back in play. The South African fly half had more luck with his next kick, which was soon cancelled out by Biggar, but he was clearly not having the best day off the boot as he missed another kickable penalty, before overhitting a penalty to the corner. These misses suddenly looked even more costly as the ball went loose following a lineout over the top by Wales, and it was Rees-Zammit who was first onto the loose ball, going over for his and Wales’ second. As the half was going into the final 5 minutes, South Africa finally found a moment of attacking fluidity with a break down their left wing that left Dan Biggar forced to make a crucial tackle on Faf de Klerk to save a try, though the Welsh captain was sent to the bin for illegally slowing down the ball at the resulting breakdown. With the extra man, South Africa went for the lineout, but the maul was dealt with by the men in red, who secured the ball off their own scrum and kicked the ball out to end the half with a 3-18 lead.

The World Champions started the second half stronger against 14 men, and finally found the breakthrough on 46 minutes with a solid 5m lineout maul sending Bongi Mbonambi over, the first time that they had really physically dominated Wales in the match, with Willemse adding the extras following Jantjies removal a half time. Wales were back to 15 men, but South Africa now had the momentum and Willemse was playing much more accurately at 10 than Jantjies had done, and things soon got even worse for Wales as Tomas Francis, who had only just come on, got his head on the wrong side of the tackle and took Steven Kitshoff’s knee straight to the side of his head, ending his game before it had even really began. The loss of Francis was made even more noticeable by the arrival of the Bomb Squad, and when the game restarted with a South African penalty, they kicked to the corner and drove Malcolm Marx over for a try. Biggar added a pair of penalties to stretch the lead, but as the game started to open up, the World Champions started looking more dangerous, and a clever grubber to the corner from Damian de Allende was finished in the corner by Cheslin Kolbe, while Alun Wyn Jones was also sent to the bin for an offence in the build-up. That man advantage proved too much for Wales in the final moments of the sin -bin period, as the World Champions broke through Kolbe before going through the phases, and when Willie le Roux was found in space, Rees-Zammit just managed to haul him down short, but was then yellow carded for not releasing at the breakdown, and the World Champions used that 2-man advantage to maul for the line and earn a penalty try, with Rhys Carré being sent to the bin for collapsing the maul. With Jones returning to the pitch, Wales were 2 men and 6 points down, but kicked a penalty to the corner and miraculously managed to drive Dewi Lake over for the try with 3 and a half minutes left to level the scores, but Biggar’s touchline conversion drifted just right of the posts. With just half a minute left, Wales had possession about 30 metres from their line, but replacement scrum half kicked the ball away and invited the South African counterattack, which made it back to that 30 metre mark before Dan Biggar was adjudged of a deliberate knock-on. with the clock in the red, Damian Willemse stepped up and kicked the resulting penalty to break Welsh hearts and secure a 32-29 victory. 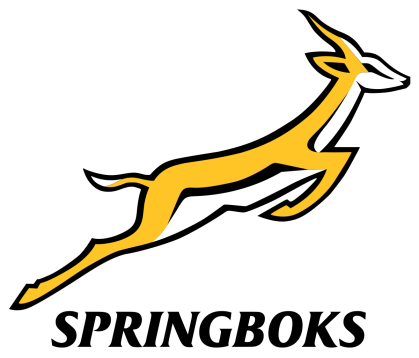 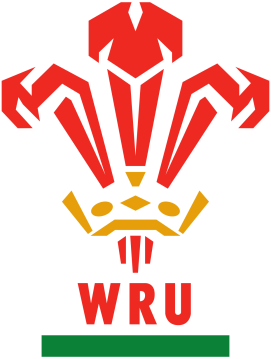 Elton Jantjies is a player whose consistency has always been an issue, but has usually been able to show flashes of real quality. Well sadly for him, today those flashes were sorely missing. The man considered South Africa’s attacking 10 could get nothing going at all in the first half and had a nightmare with his kicking—both off the tee and out of hand. Even his decision making was questionable, most noticeable when he chose to put up a high cross kick into the Welsh in-goal that put Cheslin Kolbe up against Josh Adams without there being any penalty advantage, leading to neither claiming the ball cleanly and the covering Liam Williams dotting down the loose ball.

Of course Handré Pollard the clear standout number 10 and at least one of Damian Willemse, Willie le Roux and Cheslin Kolbe (all of whom can cover the 10 shirt) likely to be in the 23, South Africa can get away with using one of these more versatile players as one of their backs in 1 6-2 bench split. However none of them regularly play fly half and to win a World Cup, you would likely still want a second specialist 10, even if just to play the “weaker” teams in the pool or to be there if Pollard gets injured in the tournament. Is Jantjies that man? Performances like this will certainly not go in his favour.

Time may be running out, but if one of the young specialist 10s coming through in the URC can have a solid year, showing that they can reliably kick and run a back line, they have every chance of finding their way into the 2023 World Cup Squad at the expense of the Japan-based Jantjies. Or perhaps Willemse’s performance in relief of Jantjies has already ended his shot of appearing in France.

I will put my hands up and admit that when the squads were announced, I only saw this match going one way: badly for Wales. However, the Welsh put in a performance that could probably be considered one of their best under Pivac. What has really been missing of late for Wales has been the physicality, but today they went toe to toe with the most physical team in World Rugby and came out with their head held high.

Granted it wasn’t he most attacking of performances, but we are used to that from years under Warren Gatland. And this was a solid base to build off, as very few teams will attack with the physical ferocity that South Africa brought in that second half. But not just that, their late try for Dewi Lake was an incredible moment as they drove the maul some ten metres and splintered the South African maul defence, something that you don’t see many teams doing.

This should be massive for Welsh belief. The key now is to repeat the intensity in the second Test next week and make this level of performance the norm.

Tim Etheridge Big fan of sports, Star Wars and the Schmoedown. Follow Eyes on the Ball for sports and Schmoedown thoughts and The Canon Padawan for Star Wars talk
Published July 2, 2022