With a win apiece over the last 2 weeks, Sydney was the venue for the deciding third Test between England and Australia. With all of the Home Nations losing their series opener but winning in week 2, Ireland’s win over New Zealand just an hour earlier will have left the Wallabies hoping that the pattern was not going o continue for a third week, and they had the first chance as the ball came right off a scrum on the England 22, only for Reece Hodge’s pass to go behind Tom Wright with just Freddie Steward trying to get across and cover. Instead it was Owen Farrell who opened the scoring with a penalty after 17 minutes as both teams fought for dominance. A period of England pressure saw Nic White and Michael Hooper force Jack Nowell to enter the breakdown from the side for a Wallabies penalty, and after clearing their lines to touch, the Wallabies worked a clever overlap on first phase to release Tom Wright on the wing, who then fed Nic White inside and remained up with play to take the return ball and go over in the corner for the opening try, Lolesio adding the extras from the touchline. Lolesio added a penalty, with Farrell kicking one of his own before hitting the post with another, but England had one more chance at the end of the half as they kicked a penalty to the corner, and after Tommy Freeman was stopped on the line by Wright, Jack van Poortvliet put his Tigers teammate Steward over in the corner for a 10-11 lead at the break.

It was England with the momentum after the restart, and with Ellis Genge carrying as if his life depended on it, Farrell was soon able to stretch the lead with another penalty, and when Noah Lolesio fumbled an overthrown lineout, Marcus Smith beat Samu Kerevi to the loose ball and accelerated through the gap to score under the posts. The Wallabies fought back though and started to gain some dominance as the replacements began to enter the fray, and after Pete Samu was denied in the corner by a last ditch tackle from Steward, Folau Fainga’a forced his way over from close range following a lineout in the corner, Lolesio’s conversion making it a 4-point game with 14 minutes left. Australia had the momentum, but the English defence held firm and the visitors ran out 17-21 victors to earn a 2-1 series victory. 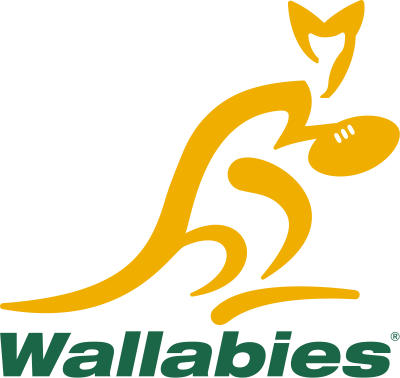 While australia will be disappointed to have lost the series, there are plenty of positives to take as they look ahead to next year’s World Cup.

The loss of Quade Cooper brought Lolesio back to the fore and he put in good displays to show that he has grown and fought back from being devastated at the hands of the All Blacks. Valentini has continued to grow as an 8 at Test level, Hunter Paisami continues to develop alongside Samu Kerevi, Angus Bell got plenty of minutes under his belt, while injuries and suspensions saw Nick Frost look impressive in his first Tests.

And it’s not just the youngsters, as David Porecki looked to bring some reliability to the set piece, which has been an area where the Wallabies have struggled, while James Slipper reminded us all of his versatility by returning to his preferred loosehead position this week after covering the tighthead side for 2 weeks, and Pete Samu looked super dangerous off the bench.

With players like Neville, Swain, Cooper, Perese and Petaia all to come back from injury and suspension—not to mention Tupou, who will only get better over the coming weeks as he returns to full fitness—the Wallabies are developing a strength in depth and are growing. If they continue to grow, they will be putting themselves in a great spot going into World Cup.

I hate to say it, but we may have just seen the end of Danny Care’s England career. The Quins scrum half has been in fantastic for with his club for the last couple of years and finally made his return to the national team after years out in the wilderness.

After last week’s wonderful performance from Jack van Poortvliet, many would have expected the Leicester 9 get another start, but Care was given the 9 shirt for the game… and honestly struggled. His first box kick was charged down, he got his arm scragged at a ruck by Michael Hooper as he tried to play the ball away, and there were other moments where he looked to be struggling. But to be pulled off before halftime was one of those brutal moves that we have seen a few times from Eddie Jones, an it has usually heralded the end of the player’s Test career, with Luther Burrell and Teimana Harrison disappearing and Nick Isiekwe having to fight hard for years to get back to the fringes of the squad.

Is Test rugby beyond Care? I don’t think so. I think that, much like Marcus Smith, he is struggling at properly adapt to this attacking gameplan, as the team doesn’t look to build on their breaks and instead appears to reset at every breakdown, which leads to the ball being kicked away after a couple of phases. That’s not the way the Quins boys play and it’s not the way that England should be either, while Care would have probably also benefited more from coming on later in the game to take advantage of the gaps as the Wallabies tire.

With van Poortvliet surely in line to be an ever-present in the 23 and young 9s like Alex Mitchell having impressed for Saints and Harry Randall for Bristol and England, it feels like this early replacement may have ended Care’s return to the Test scene before he got a chance to truly prove himself.

Tim Etheridge Big fan of sports, Star Wars and the Schmoedown. Follow Eyes on the Ball for sports and Schmoedown thoughts and The Canon Padawan for Star Wars talk
Published July 16, 2022July 23, 2022