Ireland’s 2022 tour of New Zealand came to an end with a final Test against the All Blacks. The 3-Test series was tied at 1-1, with 2 games against the Maori All Blacks leaving the tour balanced at 2-2, so this third Test in Wellington would truly be the decider.

The All Blacks had not lost consecutive Tests at home in over 20 years but they found themselves under pressure from the off,, and when captain Sam Cane tackled Josh van der Flier off the ball, Ireland kicked to the corner and mauled the Leinster openside over for the opening try within 4 minutes. In a tight first half that saw an error-strewn performance from the Kiwis, Jordie Barrett missed the chance to narrow the gap with an early penalty, but was more successful with his second attempt early in the second quarter. The Irish looked to be dealing with the All Blacks, and took a chance to hit them on 28 minutes as they found some space down the blind side, James Lowe getting in behind the line then feeding Hugo Keenan for the try, Sexton kicking the conversion before adding a long-range penalty just minutes later. The Irish were beginning to dominate the game, while the All Blacks were falling apart, and some quick hands from the men in green sent Robbie Henshaw over just minutes before the break, Sexton adding the extras to take him over 1000 points in Test rugby and Ireland to a 3-22 lead at the break.

The All Blacks started the second half in much better fashion, and after 3 minutes of concerted pressure, Ardie Savea stretched out to get a much-needed early try. Any hopes that this would spark a comeback by the All Blacks were given an extra spark as Andrew Porter was sent to the bin on 51 minutes for a high tackle on Brodie Retallick, and New Zealand quickly took advantage of the extra man to send Akira Ioane—only starting after Scott Barrett pulled out injured earlier in the day—for his first ever Test try. A Sexton penalty provided some respite for the Irish while crucially taking things back to a two-score game, but an attempt from halfway just minutes later rebounded off the post, and as both teams looked to re-find their shape, Ardie Savea’s inside pass released Will Jordan to go the length and score, Jordie Barrett’s conversion just missing as Porter returned to the pitch. back to a full complement, Ireland were back on the attack and some lovely timing on the pass from Hugo Keenan sent the rampaging Bundee Aki up to the 5m line, where Ardie Savea was pinged at the breakdown, and like in the opening minutes, the men in green kicked to the corner and set up Rob Herring to peel off the maul and stretch to the line, Sexton’s conversion making it a 10-point game with 15 minutes remaining. Rugby league convert Roger Tuivasa-Sheck came on for his debut with 10 minutes remaining and with the All Blacks set to have a scrum in the Irish 22, but a strong shove from the Irish pack made things awkward for New Zealand, who soon wasted their opportunity as Sam Whitelock caught Tadhg Beirne with a neck roll at the breakdown, allowing the Irish to clear their lines, while turnovers from Beirne brought an end to the next 2 attacks just moments later. With just 5 minutes left, Sexton hobbled off to be replaced by Joey Carbery, while Beirne was also removed for Kieran Treadwell, but the defence held firm to secure a 22-32 victory on the night, an historic 2-1 series win over the All Blacks in New Zealand and a 3-2 series win for the overall tour. 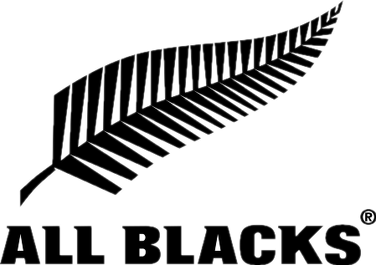 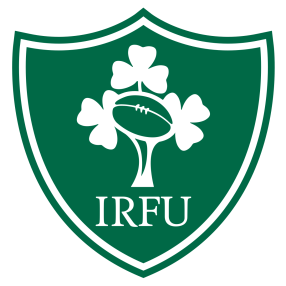 I may have only got into rugby 20 years ago, and it may have been only 12 years ago that I became obsessed and started watching too much rugby (is there such thing?), but I don’t think I’ve ever seen such a poor All Blacks team.

In attack, they are panicking and going for the miracle pass or kick far too early, rather than going through the phases and putting the Irish under pressure, letting the space create itself… and that’s when they aren’t gifting the Irish with handling errors—has an All Blacks team ever struggled so much to even just hold onto the ball?—or moronic penalties, such as Beauden Barrett cleaning players out beyond the breakdown and Sam Whitelock’s neck roll. Granted they improved somewhat i the second half but they still rarely looked like scoring against 15 men and were constantly seeing their attack impacted by the Irish defence, with many of their tries requiring a moment of individual brilliance.

The side has been stagnating and falling apart under Ian Foster throughout his tenure, put in terms of the individual players, the quality is still there. Thanks to the stupidly early draws for the Rugby World Cup, we find ourselves in a position where only 2 of our current 4 top-ranked nations (New Zealand, Ireland, France, South Africa) can make it past the quarter-finals, and right now it’s hard to imagine that even the most biased Kiwi fans could genuinely believe that they would be one of them. This loss needs to be the catalyst for change, starting with the removal of Ian Foster (if he is not smart enough to step down himself) and the rapid appointment of a replacement—Scott Robertson being the obvious candidate— who can use the upcoming Rugby Championship as a chance to take stock of what he has and start building combinations. If they move soon, there may still be time to make the All Blacks competitive again in time for the World Cup.

What a moment for Ireland. They were arguably the better team for much of the first Test, but fought back from disappointment to make history 2 weeks running, with a first Test win in New Zealand and now a first series win in New Zealand. They should rightly be proud of their achievements this summer.

However, now they have an even more important (and potentially more difficult) task: maintaining his level of performance and intensity for another year and a half, through to the end of the World Cup. The idea of Ireland peaking a year out from the World Cup and then going downhill in the major tournament is not a new one, an therefore Andy Farrell and the Irish leadership have a colossal task on their hands.

As mentioned above, the World Cup draw has left them on the wrong side of the knockouts and facing either France or New Zealand in the quarter finals (on current form, I would expect it to be France), and so this means that they will need to be at the top of their game to even make the semi-finals for the first time.

As great as the team will feel right now, the team cannot rest on their laurels and must look to continue pushing on. If they can, 2023 may become an even more historic year for them than 2022 has ended up becoming.

Tim Etheridge Big fan of sports, Star Wars and the Schmoedown. Follow Eyes on the Ball for sports and Schmoedown thoughts and The Canon Padawan for Star Wars talk
Published July 16, 2022July 17, 2022