After a week off, the Rugby Championship was back, beginning with South Africa’s trip to Adelaide to face Australia. 2 weeks ago, the Springboks had a poor start that let the All Blacks go 15 points up, and it was another poor stat here as the Wallabies recovered their own kickoff and kept the visitors on the back foot with a series of phases of quick ball before sending Fraser McReight over from close range, with Noah Lolesio—returning to the 10 shirt with Quade Cooper injured—adding the conversion and an early penalty for a 10-0 lead after just 7 minutes. The Springboks were struggling to get a grip on the game early on and their first chance of points after 14 minutes saw Handré Pollard’s penalty pull to the left. Just minutes later though they looked in for a try as Ox Nché was first to Lukhanyo Am’s chip and offloaded back to the centre, who fed Eben Etzebeth, but the lock was stopped just short of the line by Reece Hodge and McReight was in to steal the ball before a green shirt arrived. The Springboks were growing into the game; Pollard missed his second kick at goal but it was third time lucky to put them on the board after 23 minutes. The next South African penalty was kicked to the corner, and through Joseph Dweba’s lineout was stolen, Etzebeth was alert to the slap back and only just beaten to the loose ball in-goal by Nic White, but after the resulting scrum resulted in a South African penalty, Nché was held up over the line, but Tom Wright was sent to the bn for not retreating at the penalty. With the man advantage in the back line, the Boks chose to wrap up the forwards in another scrum, which backfired as Frans Malherbe was pinged for angling in. The Boks were soon back deep in the Wallabies 22 with another lineout in the corner, but after the Australian pack held strong, the ball was spread to Makazole Mapimpi on the left wing, only for Marika Koribete—who had been playing all game as if the Springboks had insulted him and his family—to cover across from the far side and dislodge the ball as the Sharks wing dived for the line, though many will question if there were any arms used in the challenge. This led to one of the craziest moments I’ve seen on a rugby pitch in a long time. As Nic White brought the ball out from the scrum, Faf de Klerk attempted to slap his arm to dislodge the ball, but instead caught his opposite number across the jaw. White of course did everything he could to draw attention to it, and after reviewing with the TMO, referee Paul Williams sent de Klerk to the bin, and the Wallabies saw out the finally seconds of the half to go in at the break with a 10-3 lead.

The second half heralded the arrival of Malcolm Marx and Steven Kitshoff from the bench, but with the man advantage it was Australia who struck first, with Tom Wright making ground down the right wing and the ball then coming out to Koroibete, who sidestepped Pollard to reach the line and stretch the lead to 15-3. De Klerk soon returned to the pitch, but it made little difference, and the Wallabies increased their lead with a lovely move off a ruck that released Noah Lolesio, who drew the covering Pollard and played in McReight for his second try of the game, with the conversion taking the lead to 19, which soon became 22 as Elton Jantjies was pinged for not rolling. With the game already lost, Vincent Koch was put through a gap and fed Kwagga Smith for a try that took away Australia’s bonus point, while an attack in the final minute saw Rob Valentini sent to the bin for a cynical hand in the ruck, with Kwagga Smith scoring again from the resulting penalty for a final score of 25-17. 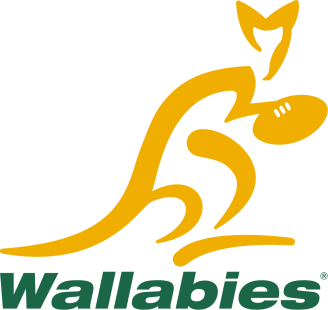 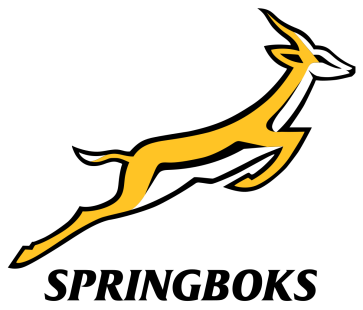 Michael Hooper is a fantastic player. It’s very rare that his performance would rank outside the top 3 for his team, while even in the worst Wallabies performances, he often comes away with his reputation unharmed, if not advanced. So to lose such a player, let alone a leader, on the eve of the tournament was always going to hurt.

Luckily for the Wallabies, they have a couple of other wonderful 7s to follow in the footsteps of Hooper, Pocock and Smith; and the loss of Hooper granted an opportunity to Fraser McReight. And while he showed flashes of quality in the opening matches against the Pumas, it was clear that this was a player adjusting to the level of Test rugby. Today however was truly his breakout performance.

His 2 tries highlighted how, much like Hooper, he is an energetic and dynamic player in the loose, while he frequently found himself in the right place at the right time to cause trouble, and played a critical role in stopping one of South Africa’s best chances with a turnover just short of his own try line after the Boks got in behind the defensive line.

If Hooper is going to be out long-term, McReight’s performances and growth will be a good by-product of this, and will give the Wallabies even greater depth if their captain returns.

We all know what South Africa’s Plan A is: dominate the set piece, dominate in the air to win territory, and defend hard. That’s all well and good, but if a tam can gain parity in the set piece and nullify the kicking game, then suddenly the South African gameplan has an issue as it is not designed to overcome a considerable deficit.

In this match, as with the loss to New Zealand 2 weeks ago, Dweba’s inconsistencies at the lineout took away their set piece dominance in crucial moments—to have your lineout stolen 5m from the opposition line is criminal—while Australia set the blockers so much better than in their loss to Argentina, which allowed them to be much more secure in the kicking game.

It’s time for South Africa to start looking at other options. While being able to hold back Marx for the second half is a great option when Bongi Mbonambi is there to start, Dweba is not as reliable and it is stopping the Springboks from getting that dominance they are used to in the opening half hour. Meanwhile, you have the best 13 in the world in Lukhanyo Am, and a dangerous crash ball runner in Damian de Allende unable to consistently get into the game in attack as the halves kick most of the ball away.

When these teams meet again in a week’s time, South Africa need to show that they have more than just a Plan A, and I would argue that they start the game with a focus on keeping the ball in hand and challenging the Australian defence over a number of phases.

Tim Etheridge Big fan of sports, Star Wars and the Schmoedown. Follow Eyes on the Ball for sports and Schmoedown thoughts and The Canon Padawan for Star Wars talk
Published August 27, 2022August 31, 2022