Don’t cry because it’s over…

“Don’t cry because it’s over; smile because it happened.”

This weekend as the end of an era. With the release of it’s season-ending event, Schmoedown Spectacular 7, the Movie Trivia Schmoedown came to an end. What started with a chance for Schmoes Know crew members JTE and Christian “Cobbster” Ruvalcaba to get bragging rights became something so much bigger, with weekly matches, multiple divisions, live events in front of sell-out crowds, player drafts, and even international and celebrity competitors.

I was lucky enough to find the show in its fourth season, and despite not being a movie buff, a fan of wrestling (the Schmoedown was very heavily based on WWE, and included kayfabe) or even knowing many of the competitors beyond some of the Schmoes and Collider regulars, I was almost instantly hooked! I would watch every match as well as the Schmoedown Rundown, the official aftershow, and went back to see all those that came before my discovery, so that I completely understood the history and the storylines. And eventually I was so hooked that it became a part of this site, which then led to me being invited by the creator himself to write for the show’s official website for the year that it existed—an incredible year that saw me actually having my writing published somewhere other than my own WordPress, while I had competitor William “The Beast” Bibbiani as my managing editor, someone who was always so supportive and great to work with. 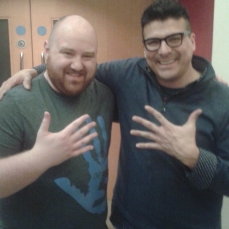 But more than that, it gave me new communities. Not just the overall Schmoedown community, but also smaller communities that surrounded the individual competitors and introduced me to their work outside of the show, allowing me experiences such as a trip to London to see a live taping of Top 10’s podcast, which saw me meet the pair (and another Schmoedown star in Jeannine “The Machine”, make new friends in person and spend the night chatting with Matt Knost in a local bar, while I will always and forever be a member of the Action Army! The Schmoedown may be over, but the fans and the communities will remain.And it has changed my life even further too, as I now find myself watching more movies—and a much wider variety—and while I am nowhere near as obsessed as many in the community, I now find myself much more appreciative and paying more attention.

And so while it is a sad time, it is one where we should instead be celebrating an amazing show that gave us so many incredible characters and inspirational competitors. The show may be over, but that just means that we have more time to look back over the 9 years of extraordinary fun, so don’t be surprised to see articles still appearing on here about the show! 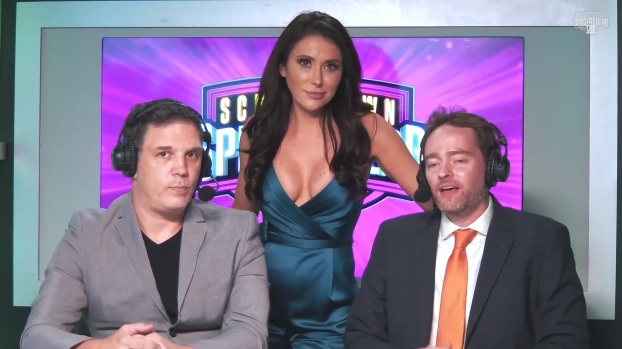 Tim Etheridge Big fan of sports, Star Wars and the Schmoedown. Follow Eyes on the Ball for sports and Schmoedown thoughts and The Canon Padawan for Star Wars talk
Published October 3, 2022