Hi guys! Something a little different today as I realised that I’ve been writing on here for almost 3 years now (time flies!) and alluding to some of the teams I support but not actually really talked about the sport I like to watch and who I support in them, so I thought today it would be a great chance to get to know me a bit better.

Rugby Union is unsurprisingly my favourite sport, both the 15 and 7-a-side variations of the game. I got into rugby when I started going to secondary school and quickly fell in love with the sport. Over the years I’ve played for my school, grassroots club (shout out to Longlevens RFC!) and also started my own social 7s team in my last year of uni, and played a number of positions: all the front row, lock, blindside flanker and one match I will never forget against our local rivals where I played at outside centre! 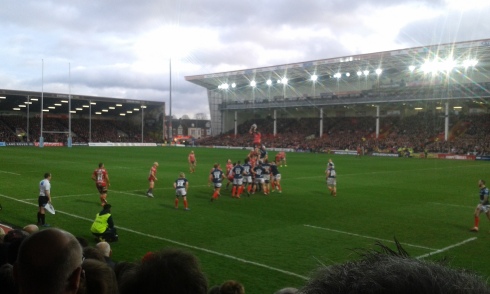 Being a Gloucester boy born and raised, there was only 1 club I was ever going to be following once I was into the sport and that is the Cherry & Whites – Gloucester Rugby – and by extension, Hartpury RFC and Gloucester-Hartpury Women.

I have started watching a lot more rugby around the world in recent years though and the Scarlets have beat out Munster become my second team, courtesy of one of my best mates being a Scarlets fan and their attacking mentality making me always want to watch their games . I’m also really excited by the growth of rugby in the USA, so I consider the Eagles my second international team (after England) and I have tried to pay attention to the MLR – I put my support behind the Seattle Seawolves last season but with the league still expanding and new teams forming I would not say that I have adopted them as my American team. I’ve also tried to pay more attention to Super Rugby in the last few years but would not say that I have adopted a team, although I found myself firmly behind the Western Force when they were put at risk of being axed.

As with (I’d assume) most English kids, football was my initial sport. Just having a kick-around on lunchtimes of after school and with highlights of the Premier League still available on terrestrial TV, it is something that is relatively easy to follow. 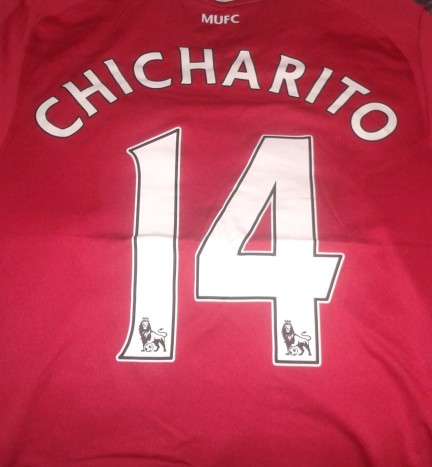 As for my favourite team, I have to admit that I’m a fan of Manchester United. *Runs for cover* Granted, I’ve never been to Manchester, but my support from United came from a number of my closest friends at school being United fans, so I found that we would talk about them more and I found myself paying more attention to their matches. I do also have a soft spot for Cheltenham Town, my local team in the football leagues. As for internationals, I am an England supporter, but I have found in recent years a bit of an apathy towards internationals and I have rarely watched outside of the Euros and World Cups.

I’ve got family in America and went to visit them a couple of times as a kid, so vaguely remember watching some NFL games on TV when I was out there, but not really understanding what was going on. Then during secondary school one of my friends let me borrow Madden 04 and in learning to play the game, I fell in love with the sport. This love continued as I went to university and started watching games more often and making friends with a number of the uni’s American football team.

From those times I used to go to America, I remember us rushing home one day to watch the Tennessee Titans play back in the days where the late Steve McNair was at QB, so once I finally got into the sport they were always going to be the team I picked. Ironically, when I next went to see my family in the USA, it turned out that they are Cowboys fans and hate the Titans… oops! Too late!

I’m not even sure how, but I’ve really started enjoying watching the Grand Tours in recent years and also by extension some of the other televised races like the Tour of Britain and the Critérium du Dauphiné. It is a great example of teamwork seeing the domestiques working on behalf of their leaders and then the combination of tactical nous and sheer determination among the lead riders to race each other up climbs that make me shudder just watching on TV. Team Sky are my team and I really love a number of their riders including 2018’s Grand Tour winners Chris Froome and Geraint Thomas, while I also really enjoy the Yates brothers and Mark Cavendish – so 2018 was a pretty good year for me!

I just love rugby in general! While I prefer union, I do also enjoy watching rugby league as it is generally a more fast-paced game than union. I really got into watching the Super League a few years back but I’m so busy these days I struggle to find the time to watch anything beyond the England matches and the odd big club game. For this reason I wouldn’t say I fully support a team, but I would say I have a soft spot for Canadian team Toronto Wolfpack, who were founded around the same time I started paying more attention to the sport.

I used to watch Formula 1 religiously when it was on terrestrial TV and I didn’t have such good access to pay-TV sports channels, but these days with the way the sport has come to rely on tyre degradation and pit strategies in order to win, I’ve largely gone off the sport – though I will still watch on occasion. Back from his early days at Mclaren, I’ve been a big fan of Kimi Räikkönen, while I also cheered for Jenson Button when he was in the sport and have found myself supporting Fernando Alonso for a number of years as he has tried to do his best in cars that are nowhere near the quality he deserves.

For years I had no interest in cricket whatsoever, however I have found myself paying a bit more attention to the shorter forms like one-day internationals and Twenty20 matches. I will say thought that I have no real interest in the game beyond England matches and would struggle to watch a Test match live for more than a couple of hours, though I would watch a condensed highlights show.

Another sport that I find myself watching less now that I have access to extra sports channels. It’s rare for me to watch much beyond Wimbledon, and even then it has often just been Andy Murray or Laura Robson’s matches in recent years. Back in the day though, I was also a big fan of Lleyton Hewitt and Andy Roddick and also found myself cheering for Maria Sharapova back when there were no highly rated Brits in the women’s events.

Much like tennis, the amount of snooker I watch has dropped off drastically as my options have opened up. I think the BBC show “Big Break” went a long way to helping stoke an interest in the sport when I was a kid and I have been lucky enough to watch in the heyday of Ronnie O’Sullivan! If I’m at home writing, I may have it on in the background, but its very rare I find myself watching these days.

Not something that I usually watch but I do enjoy going to a couple of matches when I’m in the US. Despite having been bought Yankees, Cardinals and Rangers branded goods over the year, there’s no Major League teams that I would say I pay attention to, however I do try to keep up with how the Memphis Redbirds are doing in the Minor Leagues.

I know what you’re probably saying: “How is movie trivia a sport?!”… But the Schmoedown has done a great job of making it one. Taking a movie trivia quiz and combining it with WWE-style entertainment has created a wonderful product that I have fallen in love with! The show has become such a big part of my life and I even write for their website (links to all my articles can be found here) and if you want to know a bit more about this, you can find a piece I wrote over a year ago here.

If 100 people were asked to name the best female tennis player of recent years, I doubt many would name someone other than Serena Williams. The 35-year-old America is arguably the face of modern women’s tennis – and with good reason!

Her current haul of 39 Grand Slam titles – 23 singles, 14 women’s doubles and 2 mixed doubles – puts her third overall in the all-time list for women’s tennis and her 319 weeks as World number 1 in the WTA rankings over the course of her career puts her third on the list of women during the Open era. She is only 1 title away from equalling Margaret Court’s all-time record of 24 Grand Slam tournament singles titles – and you wouldn’t bet against her beating it! You have to go all the way back to 2011 to find a year where Serena failed to win a Grand Slam singles title and even further (2006) to find the last year she did not feature in a Grand Slam singles final!

However, Serena will not be winning any more titles this year as she announced in April that she would miss the remainder of the season as she begins the next greatest adventure in her life: motherhood.

I’m sure that many people will be worried that losing Serena for the best part of a year will be a big hindrance to women’s tennis. However, while I agree she will be missed, I think this could actually be great for the sport. This is nothing against Serena, but I feel that this could actually open up the competition and make it more exciting.

If we look at the last 10 Grand Slams Serena has competed in, she has 6 titles, 2 losses in the final and 2 losses in the semis. Over these same 10 tournaments, we had 9 different finalists (including Serena). In just the 2 Grand Slam finals since her break began, we have had 4 different Grand Slam finalists: Jelena Ostapenko and Simona Halep in the French Open and Garbine Muguruza and Venus Williams (Serena’s sister) at Wimbledon. Halep (2) is the only one of these finalists to be ranked in the top WTA World Rankings, despite Muguruza and Ostapenko having both won Grand Slams in the last 2 years. Muguruza’s opponent in her Wimbledon semi-final, Magdalena Rybarikova is currently down at number 87 in the WTA rankings. Clearly, there is strength in depth in the women’s game.

As great as this depth is, to have someone as dominant as Serena has been in recent years means that many casual fans may see the result as a foregone conclusion and decide not to pay so much attention. However with Serena out, this is the chance for other competitors to stake their place at the top of their rankings and in the later rounds of tournament. Suddenly the question goes from ‘How much will Serena win by?” to “Who will win?” and this can only be good for the sport. Girls will see that there are multiple playing styles all capable of earning a victory, so may result in more girls getting into the sport who would not have the power to emulate Serena’s style.

Age catches up with everyone eventually, so while the sport may be missing its superstar right now, this is the chance to create a number of new household names to propel women’t tennis forwards over the next decade.