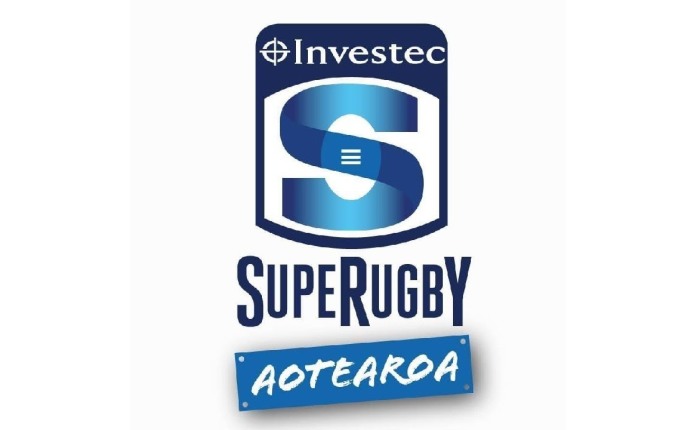 It’s hard to believe but we’re already 3 weeks through Super Rugby Aotearoa and the teams are already starting to really separate themselves from each other in the standings. Warren Gatland’s Chiefs went to Christchurch in search of a crucial win but will find themselves returning home with just a losing bonus point, having not led at any point in the match.

In wet conditions, Richie Mo’unga and Damian McKenzie each slotted a first half penalty but it looked like the match would be devoid of much excitement, until Sevu Reece beat McKenzie to a high cross-kick from Mo’unga and broke down the right wing, before feeding the ball inside to Will Jordan for the go-ahead try. The same 2 players combined again shortly after half time, with a quick lineout from Reece catching out the Chiefs and allowing Jordan to run in uncontested. The Chiefs began to fight back after this and Sean Wainui crossed to narrow the deficit, but the Crusaders managed to hold on and remain one of only 2 teams still unbeaten in the tournament – the other being the Blues (3-0), who have a bye next week before their trip to Christchurch.

New kid on the block

If there’s one person currently that will be making All Blacks Head Coach Ian Foster reconsider a 10/15 playmaker axis, it’s Crusaders fullback Will Jordan. The 22-year-old has started the tournament in fine form and is currently keeping David Havili on the bench with his great performances.

In bad conditions today, Jordan looked assured under the high ball and made some incisive runs, finishing with a match-high 98 metres. Not only that, but he is clearly developing a good link with Sevu Reece, being in the right place to support for the opening try and seeing the opportunity with Reece to take a quick lineout for the second try. If he carries on like this, international recognition can’t be far away.

The only thing going against him right now, though, is that he is much more of a prototypical fullback, as opposed to the second playmaker that I think the All Blacks will be going for, especially given the great performances Damian McKenzie and Beauden Barrett are putting in at the position. It may be that for the near future at least, Jordan has to prove that he can also have a great impact on the game from the wing, much like Ben Smith and Israel Dagg did at times to keep themselves in All Blacks contention.

The Chiefs certainly weren’t happy with the awarding of Will Jordan’s second try, but they had only themselves to blame. The laws state that a quick lineout can be taken provided it is on/behind the mark, nobody else has touched the ball and the lineout had already formed, which was exactly the circumstance when Reece fed Jordan for the crucial score.

It seemed like many of the team saw Aaron Cruden go over to speak to referee James Doleman and assumed that time was off. However, Cruden was not the captain so had no right to speak to the referee and was rightfully brushed away.

I always remember being told to play to the whistle, but in situations like this, it is a little more complicated than that. Usually the moment the ball goes into touch you can have a quick rest as you prepare for the set piece, but the one thing you can’t do is switch off mentally, as the moment you start doing things by rote rather than reacting to what’s going on around you is the moment your opponent will make you regret it.

Hopefully with Warren Gatland at the helm, the players will have learned from this mistake. But in the meantime, with just 2 points from 3 games, that is a costly and completely unnecessary mistake.

When you’re playing in wet conditions like in this match, there a 2 things you need more than anything else: a playmaker who can control the game and put you in the right areas of the pitch, and a pack that can gain the upper hand at the set piece. While both teams certainly had the former in Cruden, McKenzie and Mo’unga, it was the Crusaders pack that gained the advantage that probably proved crucial.

Of course the set piece is always important, but in bad conditions it becomes even more so as the territory game leads to more lineouts, while the greasy ball will likely lead to more handling errors and therefore more scrums.

In this match, the Crusaders pack managed to stop a 5m catch and drive from the lineout midway through the first half, despite the Chiefs throwing in a couple of backs to increase their numbers. They caused the lineout problems all game, especially after Chiefs’ replacement hooker Samisoni Taukei’aho entered the fray. Overall, the Chiefs ended up losing 4/20 (20%) of their own lineouts, while they also lost 1/5 of their scrums (20%) and found themselves being pushed back and giving away penalties on multiple occasions.

The old adage is that the forwards win the match and the backs decide by how much. The Crusaders once again showed that to be true.