With the resumption of the Six Nations and the new Autumn Nations Cup just around the corner, Scotland looked to get a preparatory Test match under their belt in a deserted BT Murrayfield against Georgia. The conclusion of last season’s Pro14 and beginning of this season’s league meant that the Scots had a fair amount of rugby already under their belt and they were the quicker team out of the blocks as Darcy Graham took a quick-tap penalty and forced his way over for the opening try within 2 minutes. Though the Lelos produced very little in attack, their defence held relatively firm for the next 25 minutes, until a stupid penalty from prop Lekso Kaulashvili allowed Scotland to kick to the corner and drive over from 5m out, with Fraser Brown dotting down in his first match as captain. Scotland were growing into the game and their next try came shortly after, as Hamish Watson was sent over in the corner to make the score 17-0, while replacement back row Cornell du Preez was just held up over the line with the final play of the half.

The Georgians struck first after the break and scored their first ever try at Murrayfield through Akaki Tabutsadze, with fly half Tedo Abzhandadze adding the extras. Any hopes of a Georgian comeback were swiftly denied as Fraser Brown dotted down from another driving maul, while his replacement Stuart McInally scored in similar fashion as the game reached the hour mark. As the Lelos began to tire, the Scots began to run riot with a 10/12 combination of Finn Russell and Adam Hastings, and an inside pass put debutant Duhan van der Merwe through to score under the posts. With Georgia’s replacement scrum half in the bin for the final 10 minutes following a deliberate knock-on, Scotland found themselves with another 5m lineout, but rather than drive this one over, they drew in the Georgian pack to defend the maul before breaking off to the blind side, with McInally and George Horne putting Graham over for his second try. As the clock ticked down, Blair Kinghorn played a hopeful kick forward but his chase looked in vain until Giorgi Kveseladze misread the bouncing ball and saw it go through his legs, leaving Kinghorn with a simple finish, which Hastings converting for a final score of 48-7. 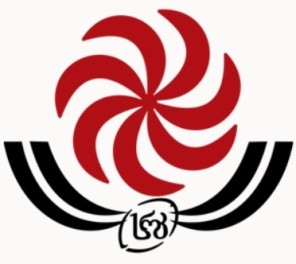 While Scots had the benefit of the Pro14 to get back to match readiness ahead of this match, many of the Lelos were coming in having not played a game… and it really showed! Though their defence did a good job of holding out for the most part in open play, they were not able to cause any real problems for the attacking Scots and they were completely dominated by the Scottish catch and drive. Meanwhile, the Georgian attack only had 2 moments of note: 1 driving maul that earned a penalty and the Tabutsadze try. Aside from that, they struggled for most of the match to make any positive metres in attack – and when they did, they usually ended up getting turned over – and this led to Abzhandadze having to play from a deeper position, which stopped the backs having any real influence on the game.

With the French-based Lelos going back to their clubs next week, then games against England, Wales and Ireland on subsequent weekends (how these Autumn Nations Cup pools can be considered balanced is beyond me!), the Lelos are going to have to work very hard to get anything from their Autumn.

While the scots looked OK in attack over the first 55 minutes, they really came to life when Finn Russell came off the bench to replace James Lang, with Adam Hastings moving out to inside centre.

There was an immediate impact to the Scottish attack, as the ball was being spread more often and quicker, while there also appeared to be more variety to the play, such as the inside pass that put van der Merwe through to score. With George Horne coming on to up the tempo at 9 and 2 talented playmakers, the back line really came alive and this is what the team needs with 2 wingers as talented as van der Merwe and Graham. Of course, Stuart Hogg would add a playmaker option from 15 when he is available, but not to the same degree as a Russell/Hastings 10/12 axis.

Scotland will definitely face harder tests than the Georgian defence, but I would definitely be interested to see how this playmaker axis would work against Tier 1 defences.

Regular readers of my articles will know that I have a soft spot for Tier 2 nations and them being given the chance to compete against and develop into Tier 1 nations. So imagine my disappointment at the way this match has been handled by the media for the British public.

While it was great to see the game on free-to-air television, the ITV4 broadcast saw 2 Scottish pundits (Jim Hamilton and Sir Ian McGeechan) who were only ever going to speak about their own nation. Then when it came to the match, we were left with Simon Ward and former Scotland international Scott Hastings, who were quick to praise the Scots for doing even the most basic thing right and barely made an effort to talk about the Lelos.

Even going onto the BBC Sport website, there were no articles ahead of the game announcing the Georgian squad (just the Scots) and the article titled “What you need to know about the Georgians” included no information about their style of play or star players, instead focusing on a previous national anthem faux pas, a shooting at the union’s offices and the fact that the union is bankrolled by a billionaire. With such pathetic reporting, the casual fan is unable to learn anything about the team and they are left as basically a faceless villain for the British heroes to face, and nobody is then going to champion the cause of getting them regular rugby in Tier 1 competitions – let’s not forget that Georgia are only in the Autumn Nations Cup this season because Japan pulled out!

The Lelos deserve more respect than this from the British media, and I hope that there is more balance during the Autumn Nations Cup.

Tim Etheridge Big fan of sports, Star Wars and the Schmoedown. Follow Eyes on the Ball for sports and Schmoedown thoughts and The Canon Padawan for Star Wars talk
Published October 24, 2020