The South Africans were looking to halt a 3-mach losing streak and took an early lead with a try for Damian de Allende. New Zealand had turned the ball over just inside their 22 and looked to spread it wide, only for Codie Taylor to fumble a pass above his head. Lukhanyo Am retrieved the loose ball and a clever behind-the-back pass to S’busiso Nkosi allowed the winger to put the Munster centre over in the corner. As a crazy start to the game continued, Jordie Barrett and Handré Pollard traded penalties, before Beauden Barrett’s chipped cross-kick found Sevu Reece in space, and the winger managed to stretch through Duane Vermeulen’s tackle to dot down in the corner. As the first quarter came to a close, the Boks thought they had scored again as they stole a New Zealand lineout in the Kiwis’ 22 and Bongi Mbonambi went on a one-man rampage, only for the hooker to go down just short of the line, though Pollard did add 3 points from the tee soon after. The All Blacks were looking to manage a clean sweep in the tournament however, and started to dominate as the half went on, and when Beauden Barrett slipped through a gap in the World Champions’ defence, Reiko Ioane was in support to keep the attack going and put captain Ardie Savea over for the try. The All Blacks came close again just after the half hour mark as Jordie Barrett ran back a kick and scythed through a poor kick chase to make it up to the 22, before spreading the ball wide to Anton Lienert-Brown, who was stopped just short as Nkosi bundled him into touch just short of the line with a fine try-saver. However the resulting South African lineout was spoiled by Scott Barrett, and when the loose ball bounced into Brad Weber’s hands, the Chiefs’ scrum half was able to dive over before anyone could react. The match was getting dangerously close to getting out of Springbok hands, but a complete change of the front row on 38 minutes gave the Springboks a boost and a late penalty from Pollard allowed them to go in at the break with just a 6-point deficit.

Coming out after the break, it was a very different game, as the Boks made more changes both at half time and in the early minutes of the half, while another penalty from the boot of Handré Pollard cut the All Black’s lead to 3. But then, around the 50 minute mark, came the crucial moment. Frans Steyn—brought on at halftime to replace Willie Le Roux—successfully kicked a 50:22 that gave the Boks a lineout just 10 metres from the New Zealand line, and after Malcolm Marx and Steven Kitshoff charged in with crash ball in the middle of the pitch, the ball was spread out to Elton Jantjies, who drew Patrick Tuipulotu and fed Makazole Mapimpi for the go-ahead score. Pollard missed the conversion from the touchline, and relinquished kicking duties to Jantjies, who soon extended their lead to 5 points with a penalty, before Jordie Barrett cut the lead back to 2 with a kick of his own. As the game approached the final 5 minutes, what had turned into a titanic battle hung on a knife-edge, and the Kiwis re-took the lead as Frans Steyn was penalised for not rolling following a huge hit on Daman McKenzie, though replays showed that the hit was so big, the ball jarred loose in the tackle and shifted from McKenzie to Steyn before they reached the ground, so it should have been the All Black who had to roll away. This sparked a spate of lead changes, as Elton Jantjies kicked a drop goal, only for Barrett to kick another penalty after Mostert was pinged for not releasing. And then with just a minute left, it looked like the Boks had made a crucial error, as their restart did not go 10 metres. The All Blacks successfully retained possession, and it looked like they would be able to see out the final minute by keeping the ball tight, until Asafo Aumua was pinged for sealing off with just seconds remaining. Despite the tight angle, Steyn successfully kicked the Boks into the New Zealand 22, and when the All Blacks were caught offside just a couple of phases later, Elton Jantjies was left with the simplest of penalties to kick, giving South Africa a 31-29 victory. 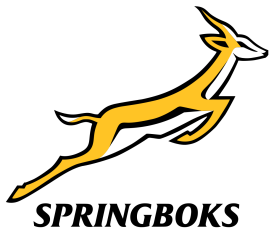 What this match really showed was just how much impact the speed of the game will have on the way the Springboks play. It’s become clear to see that the Boks try to slow the game down, with as many stoppages as possible, which allows their behemoths time to recover slightly and then go all-out further into the game, almost like a game of American Football. However, when they are unable to slow down the game, they get in trouble.

In the first half, the All Blacks looked to keep the game going, with quick-tap penalties and quick lineouts, while also making sure they got into place for set pieces as quick as they could. This led to a half with limited stoppages, which started as a close affair but turned in the Kiwis’ favour as the half went on, as the Springboks started flagging from not having the opportunity to recover between play.

In the second half, though, the All Blacks began to let the Boks dictate the speed of the game, and the amount and length of stoppages skyrocketed. And with that, the game turned in South Africa’s favour, as the big boys were able to go hard for a couple of minutes, have a rest, then go again all throughout the half, rather than tiring out as it went on. This allowed the Boks to defend more stoutly and aggressively, which stopped the All Blacks from creating any chances of note in the second period, while in attack, the Boks were able to start dominating and forcing the All Blacks into repeated penalties.

While it’s a highly effective tactic, it makes the game long and dull, and is not going to attract new fans. If we’re going to look at speeding up the game, then these stalling tactics need to be looked at. To make clear, I would be saying this regardless of what team it is, this is nothing to do with piling on another nation. Hopefully after a disastrously dull Lions Tour and now their performances in this tournament, World Rugby will look at how this is going against their attempts to speedup the game and look for a way to combat this.

So often we see replacements coming on in dribs and drabs throughout the second half. South Africa went for a slightly different approach in this game though, with the front row coming on just before the break, more changes at half time and then most of the rest in the early minutes of the second half.

In doing so, it allowed all of the Springboks to go all-out from first minute to last, which was obviously then helped by the slowing down of the game in the second half. The Boks were able to go hard against the All Blacks, who had no answer for their physicality.

The All Blacks have shown in recent years that they are vulnerable if you can put heavy pressure on them at the breakdown and get in their faces, by making the changes at the times the Springboks did, they were able to throw the All Blacks completely off their game. Don’t be shocked to see some of the nations with deeper squads trying to replicate this in their upcoming Autumn Tests.

Tim Etheridge Big fan of sports, Star Wars and the Schmoedown. Follow Eyes on the Ball for sports and Schmoedown thoughts and The Canon Padawan for Star Wars talk
Published October 3, 2021