It’s that time of year again! That time when I brave cold cheeks in the name of charity. Yes it’s Movember!

I’ve been doing Movember for about 10 years now as it’s a cause that is close to my heart, and this year, as we are now able to be more sociable again, I am back to fundraising for the Movember Foundation. You can find my Mo-Space here if you wish to donate, anything will be greatly appreciated! For those who haven’t heard of the Movember Foundation, they focus on “changing the face of men’s health” with a focus on testicular cancer, prostate cancer, mental health and suicide prevention.

This year, I’m planning to chart my “Mo-gression” with a series of posts on here. I’m aiming for one every 5-6 days but don’t hold me to that. For each one, I’ll let you have an update on how things are going along with my latest picture so that you can see how the growth is going. But this site is all about sport, so of course I have added a slight sporting twist, as each of my Mo-gression posts will also include a quick look at someone in the sporting world who has a notable moustache. I won’t promise that they will be the most famous moustached sport stars in the world, purely the ones who first came to mind as I put this together.

So… let’s get underway!

And so it begins!

And it didn’t get off to the ideal start if I’m being 100% honest. I chose to shave yesterday evening as I didn’t trust myself to have time to sort before work this morning. After my last shave, I’d got rid of the head to my razor as I’d seen I had some new ones, and thought that with a full clean shave coming rather than just shaping my usual beard it would be better to have a new set of blades. Unfortunately I found out too late that these blades were for my old razor, which is long gone, so I ended up having to use this new set of blades without a handle. Safe to say that it was far from the nicest shave I’ve ever had!

So now I’m left able to see the extra chins and with cold cheeks, and can’t wait for the face fuzz to start growing in—for some reason I feel less self-conscious with ridiculous facial hair during Movember than I do when clean shaven! What design am I doing this year? You’ll have to wait and see! 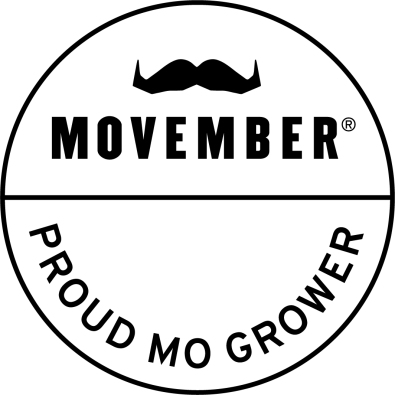 So for Day 1, I’ve stuck with my main sport, rugby union, and gone for a current player in Brumbies and Australia scrum half Nic White

The 31-year-old scrum half has been around the globe as part of his rugby career, playing for the Brumbies from 2011-2015, Montpellier from 2015-2017 and Exeter Chiefs from 2017-2020 before returning back to the Brumbies to become eligible for the national team again. To date, he has amassed 44 caps.